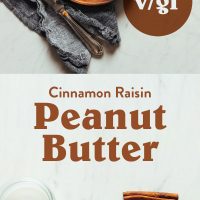 Are there foods you just don’t enjoy? For me, it’s raisins.

If there are raisins in my granola, you will no doubt see me meticulously picking them out and setting them on the side of my plate. No, thanks. And my go-to movie theatre snack? It will never be Raisinettes. Yeah, no.

However, the one exception I will make is when cinnamon is involved. Anything cinnamon raisin is A-OK in my book. So when I sampled some cinnamon raisin peanut butter recently, I knew it was due time to make my own. I couldn’t resist! Let’s do this.

This 5-ingredient recipe starts with roasted unsalted peanuts. Or, if you can’t find unsalted, just omit any additional salt.

These bad guys are whirled around until buttery and smooth. Swoon!

Once creamy, it’s time to add your flavors. We went for a pinch of salt and LOADS of cinnamon. Trust us, 2 Tablespoons seems like a lot, but we started with 1 teaspoon and worked our way up. For some reason, in peanut butter, the cinnamon flavor can get lost, which is why you need so much. Fear not – it’s hard to go overboard.

Now it’s raisin time! Add your raisins (and a dash more cinnamon) and pulse until combined. Then go to town. It was love at first bite for us.

We hope you LOVE this peanut butter! It’s:

If you’re into this nut butter, also be sure to check out our Super Seedy Sunflower Butter, Almond Joy Butter, and our Guide to Making Nut Butters! 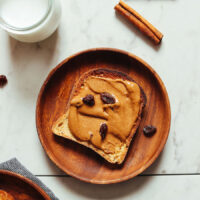 *We used common cinnamon (known as cinnamomum cassia). If you use Ceylon cinnamon, you will likely need to add more to achieve the same cinnamon taste, as its flavor is less intense.
*Avoid adding more than 1 Tbsp (15 ml) maple syrup (or other liquid sweeteners). Doing so will likely cause the mixture to seize up because the fat of the peanut butter doesn’t agree with liquids. Adding 1 Tbsp (15 ml) is safe, but if you prefer a sweeter nut butter, switch to organic powdered sugar, stevia, or another dry sweetener of choice.
*Nutrition information is a rough estimate for 1 (2 Tbsp) serving calculated without oil or maple syrup, and with powdered stevia.
*Recipe inspired by the Cinnamon Raisin Peanut Butter by Wild Friends! 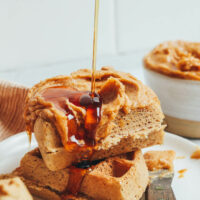 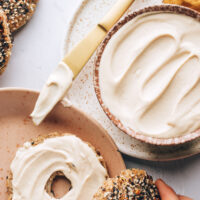 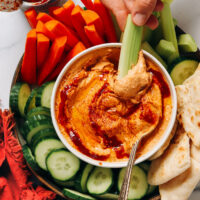 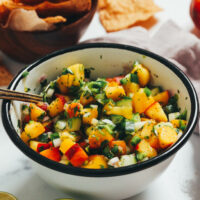