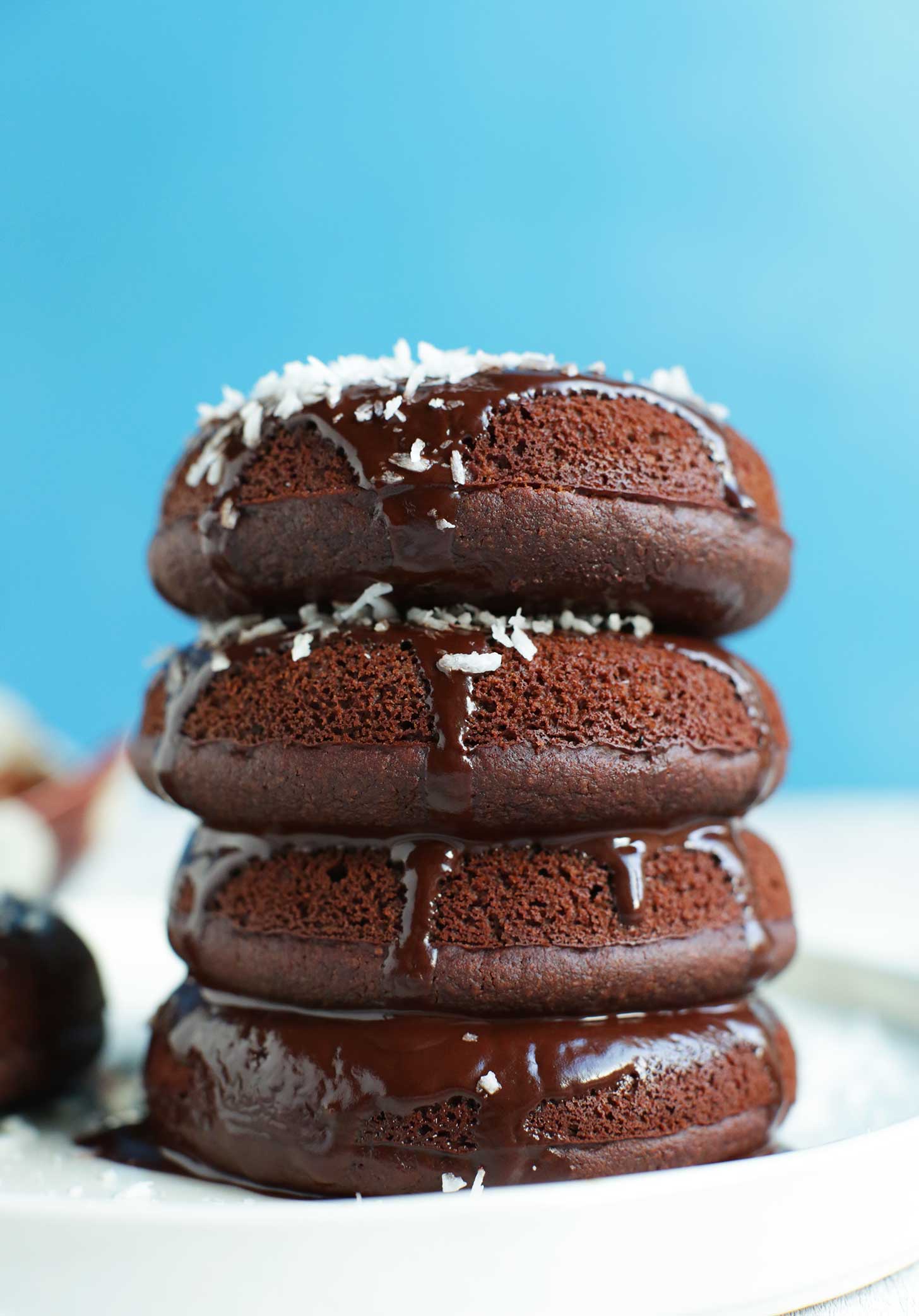 Did you know there’s been a donut pan saga in our home?

I’ve been contemplating making baked donuts for the blog since the very beginning, but I always had a hard time justifying a donut pan when my recipes require just standard, minimal equipment. I don’t even own a stand mixer! Yes, I take this minimalist stuff seriously.

Fast forward nearly 5 years and practically everyone has a donut pan – except me. I’ve watched as other bloggers put out the most fabulous-looking baked donut recipes, and all the while, I – a longtime donut lover – have sat idly by, thinking they weren’t for me.

Enough! I recently realized that it would be worth it if I put it to good use. Besides, what if I created a donut that was not only simple to make, but also undetectably vegan and gluten-free? Clearly, I bought the donut pan and haven’t looked back since. Friends, let’s make DONUTS (finally)! 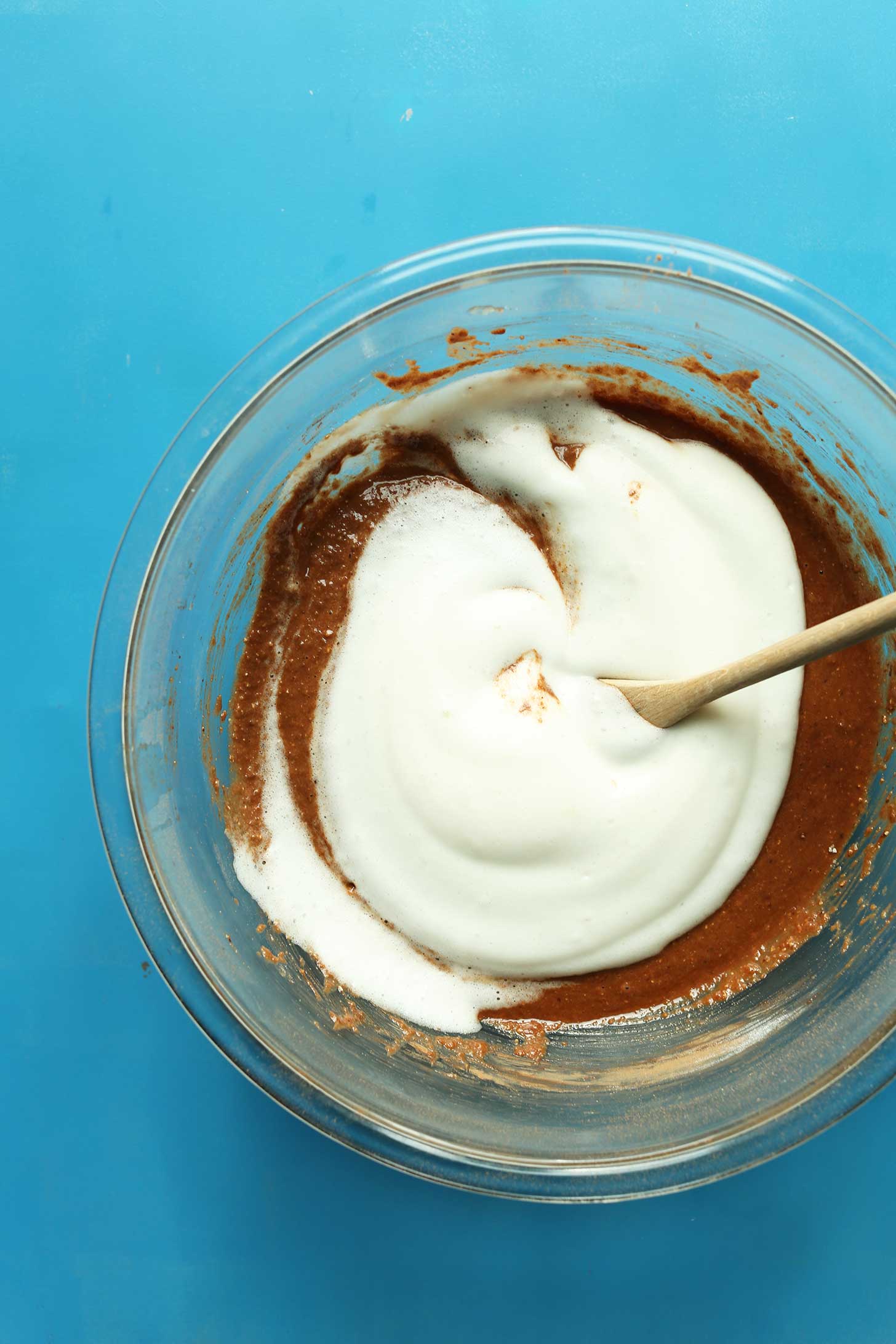 This recipe is simple, requiring basic ingredients and 30 minutes to prepare! And they’re naturally sweetened and (vegan) butter-free!

The base is adapted from my 1- Bowl Vegan GF Chocolate Hazelnut Cake (hubba), only in place of the flax egg, I tested out aquafaba! No surprise – it totally worked. However, I also included some workarounds in the notes if you don’t have (or are afraid of) aquafaba.

While your donuts bake, why not make an optional (but highly recommended) naturally-sweetened coconut oil glaze? That’s what I said! Doooo it! Doooo it! 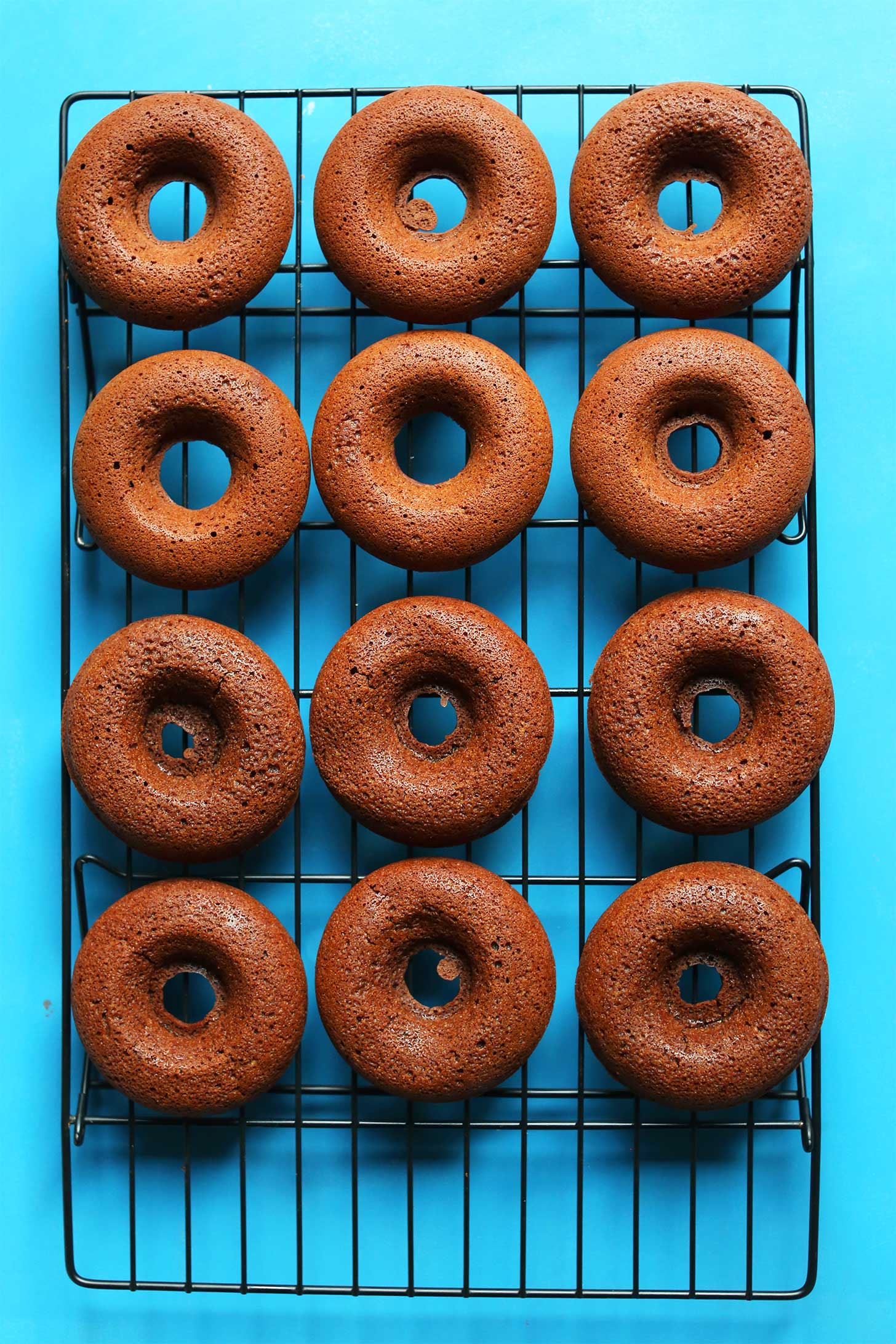 I hope you all LOVE these donuts! They’re:

These donuts would make the perfect lazy weekend breakfast treat or healthier dessert! The optional glaze kind of seals the deal, in my opinion. Plus, it allows for fun toppings like cacao nibs, coconut flakes, and sprinkles!

If you try this recipe, let us know how it goes by leaving a comment, rating it, and tagging a photo #minimalistbaker on Instagram! I’d love to see what you come up with. Cheers, friends! 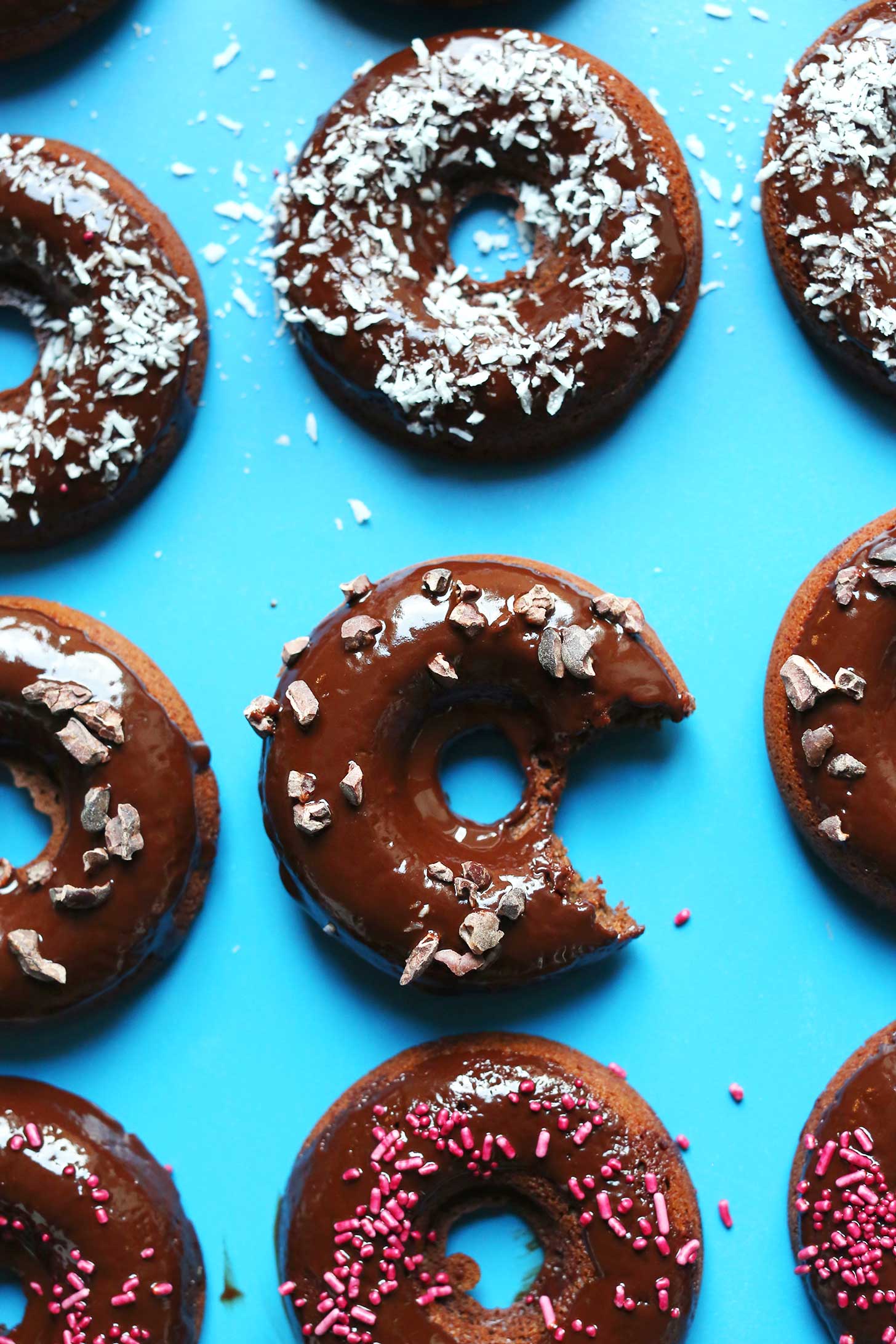 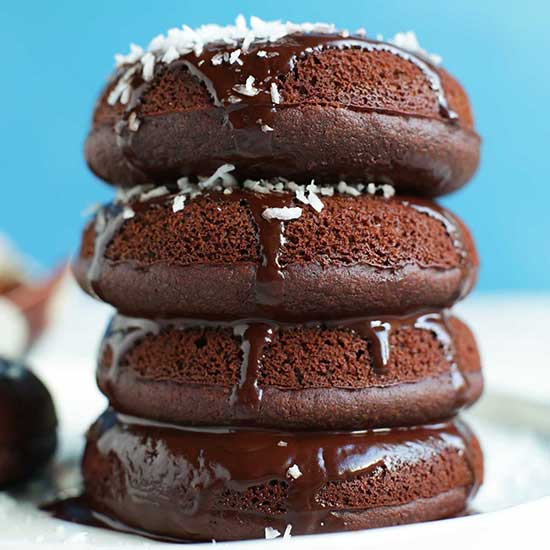 *Aquafaba is the "egg" in this recipe. Alternatively, you can try subbing 1 1/2 flax eggs (or 1 small egg if not vegan // amounts as original recipe is written // adjust if altering batch size).
*I've been preferring almond flour over almond meal because it yields a lighter, fluffier (less dense) baked good. But you can try subbing almond meal. Or, if you have a nut allergy, try subbing a 1/2 +1/2 mix of GF flour and oat flour.
*If not gluten-free, sub the GF blend for all-purpose flour. I haven't tested it this way and can't guarantee the results.
*If you don't have donut pans, you can try baking these in a standard muffin tin! Fill slightly more than 1/2 full and bake for about the same amount of time or until a toothpick in the center comes out clean.
*Recipe adapted from my Vegan Gluten-Free Chocolate Cake.
*Nutrition information is a rough estimate calculated without the glaze.

Nutrition Per Serving (1 of 12 donuts)