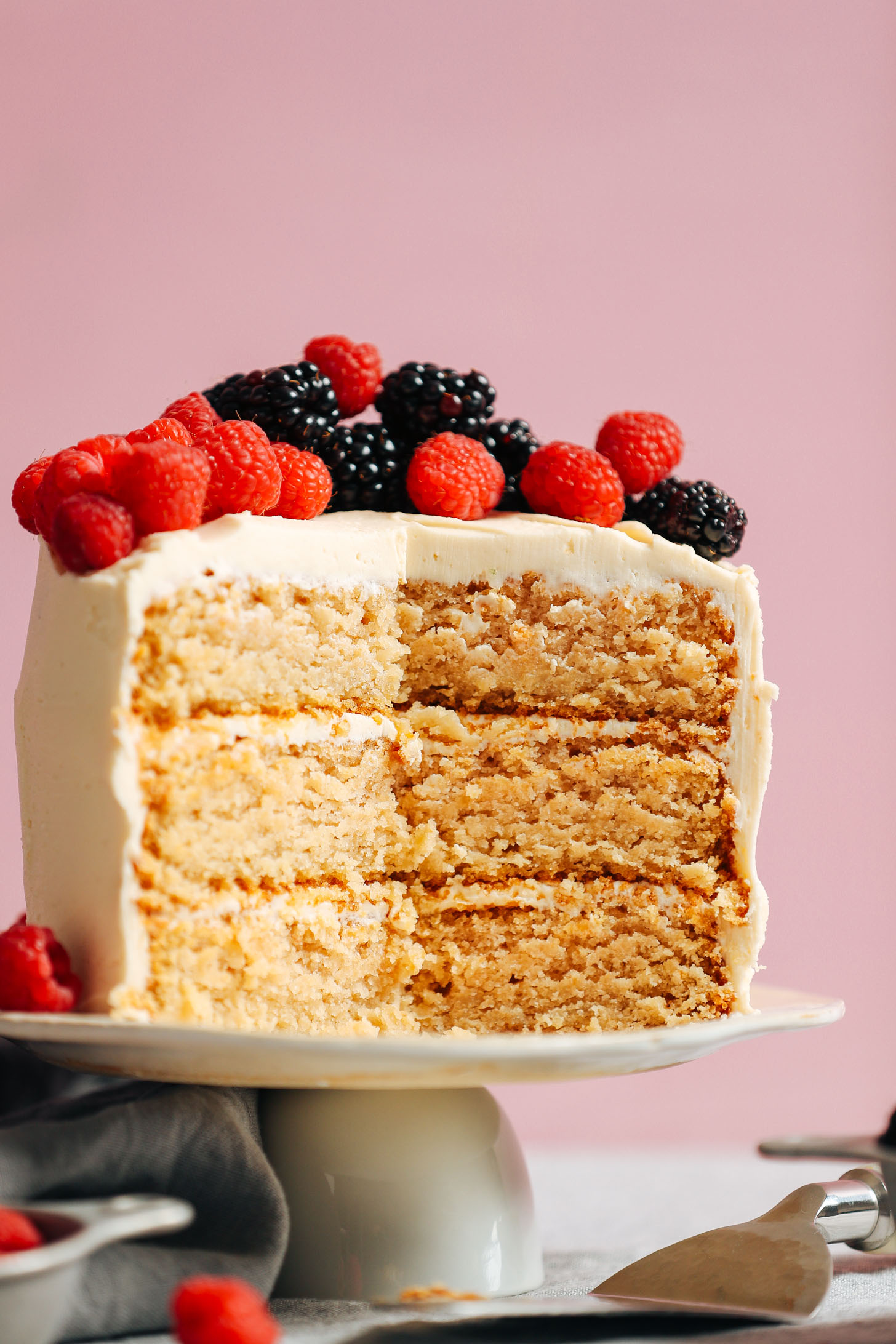 Ladies and gentlemen, we present to you a perfectly fluffy, tender, sweet vanilla cake that’s vegan and gluten-free! Let’s bake! 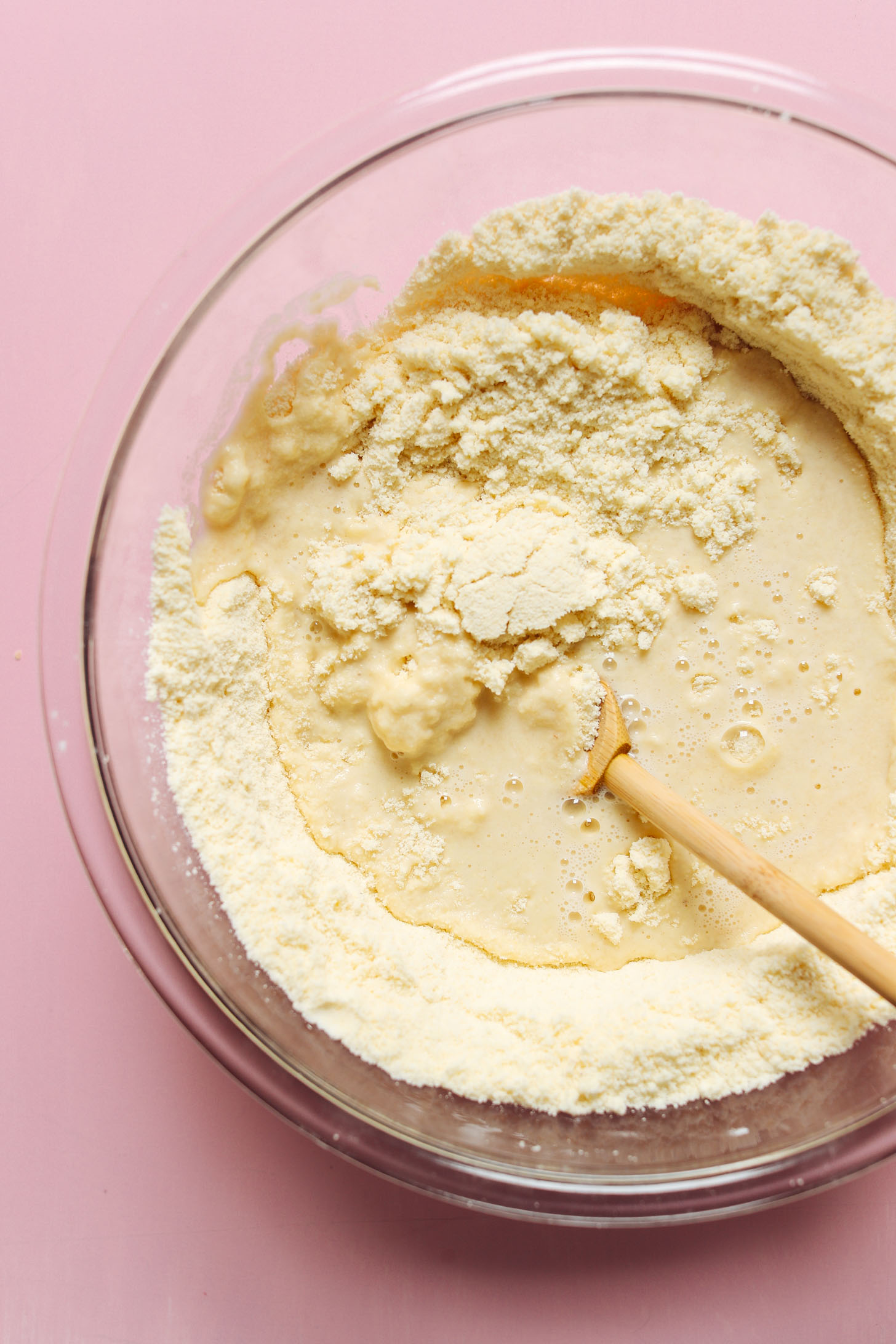 This recipe is easy to make, requiring 1 bowl and 10 ingredients.

The base starts with vegan “buttermilk” made by mixing dairy-free milk and vinegar. Then add in applesauce for (oil-free!) moisture and natural sweetness and vanilla extract for that quintessential vanilla flavor. YUM.

For the dry ingredients, after much experimentation, we went with a mixture of almond flour, potato starch, and cornstarch. This combo totally nailed it! So stoked for that fluffy, crumbly texture. 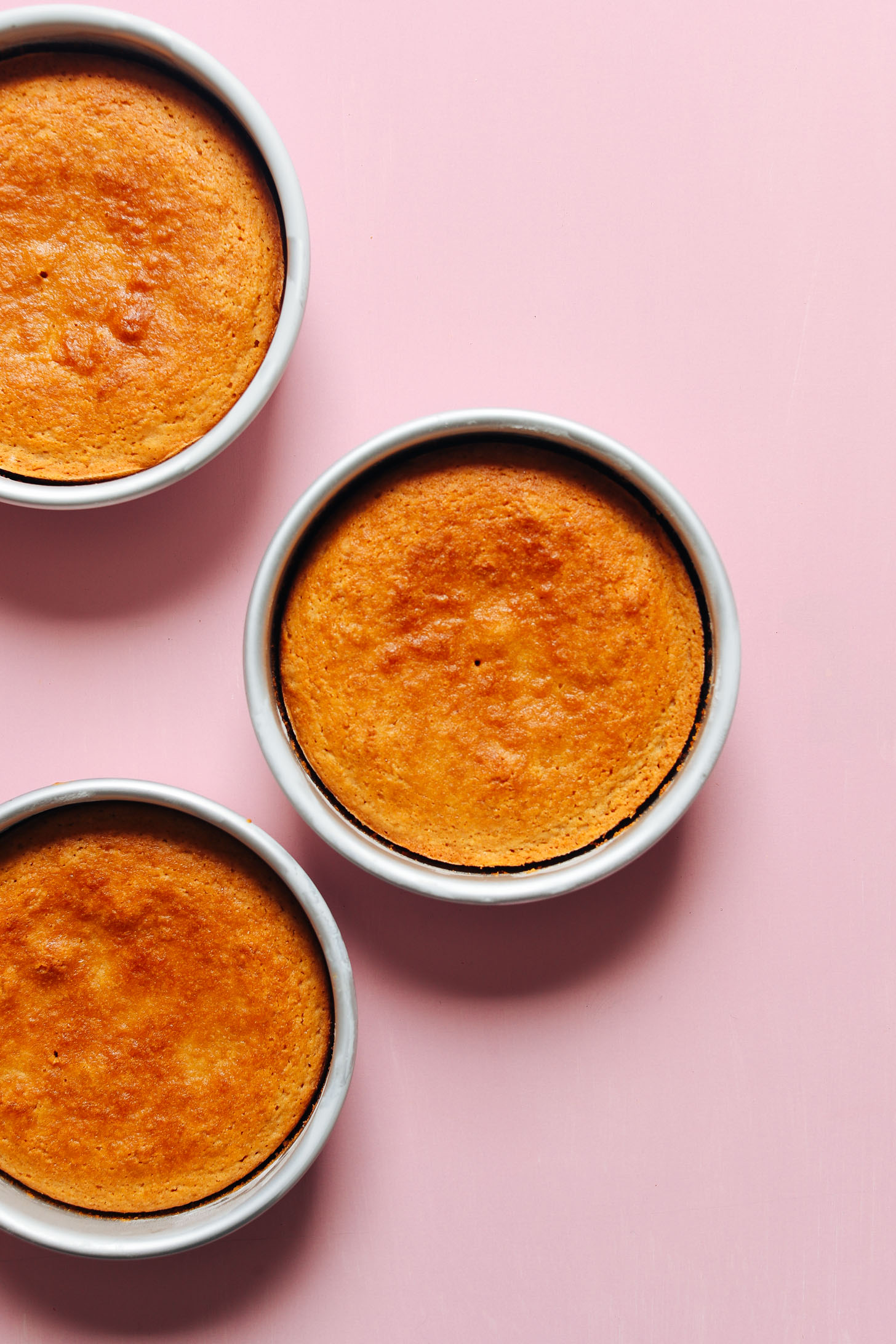 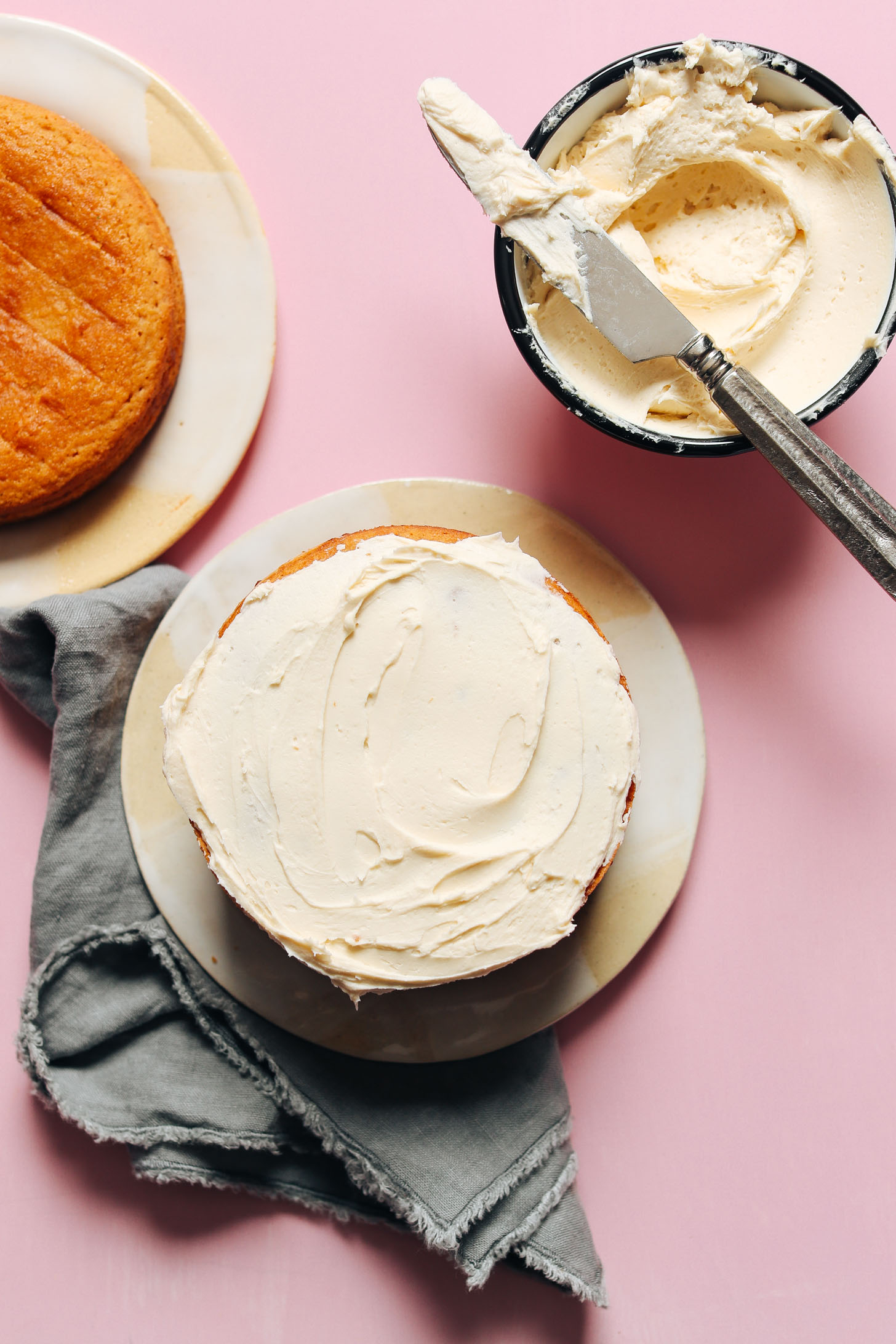 Once your cake is baked, it’s time for frosting!

We included two options: one is coconut whipped cream and the other is classic vegan buttercream frosting. Both are delicious, but we were feeling classic vibes, so we went for the buttercream. 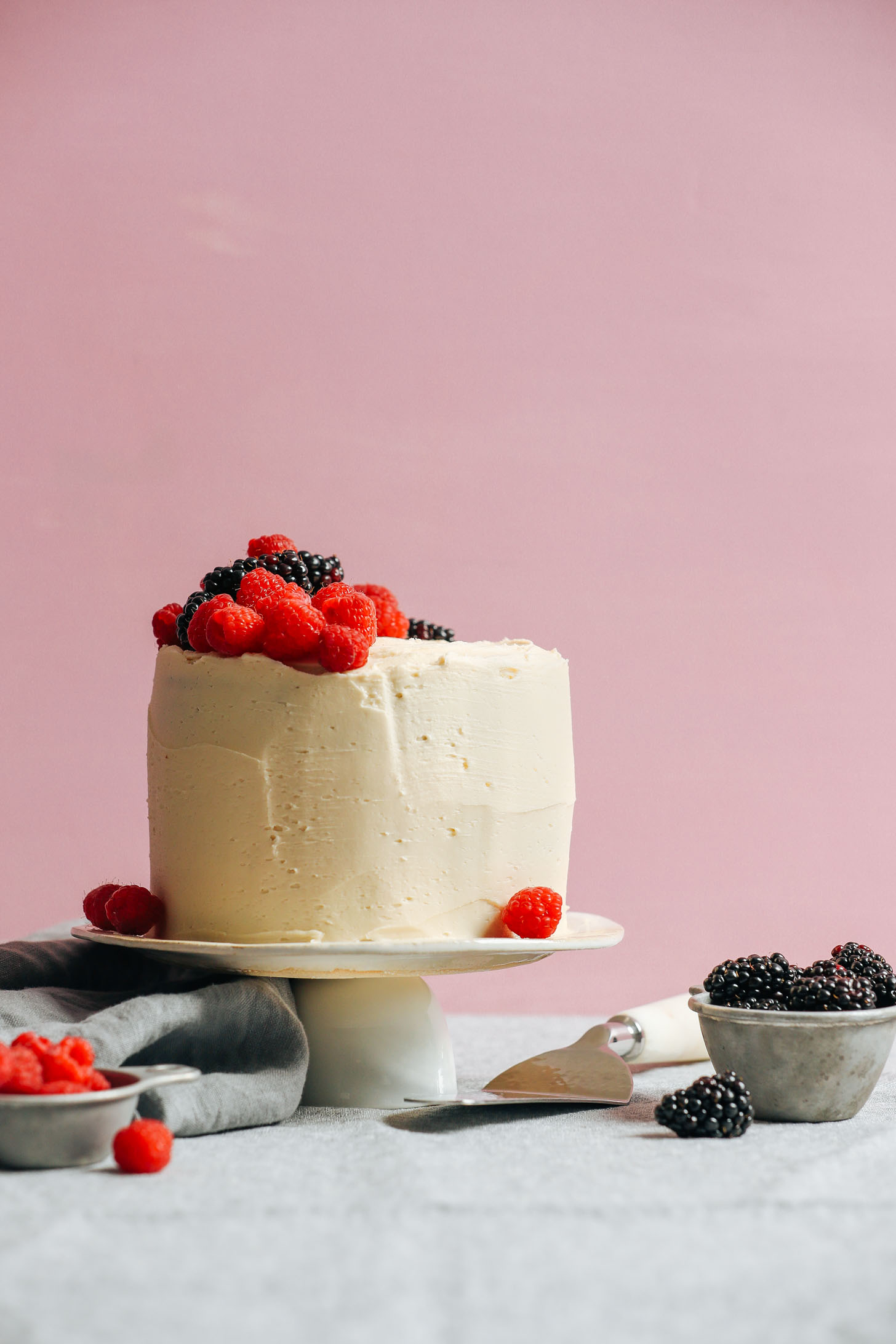 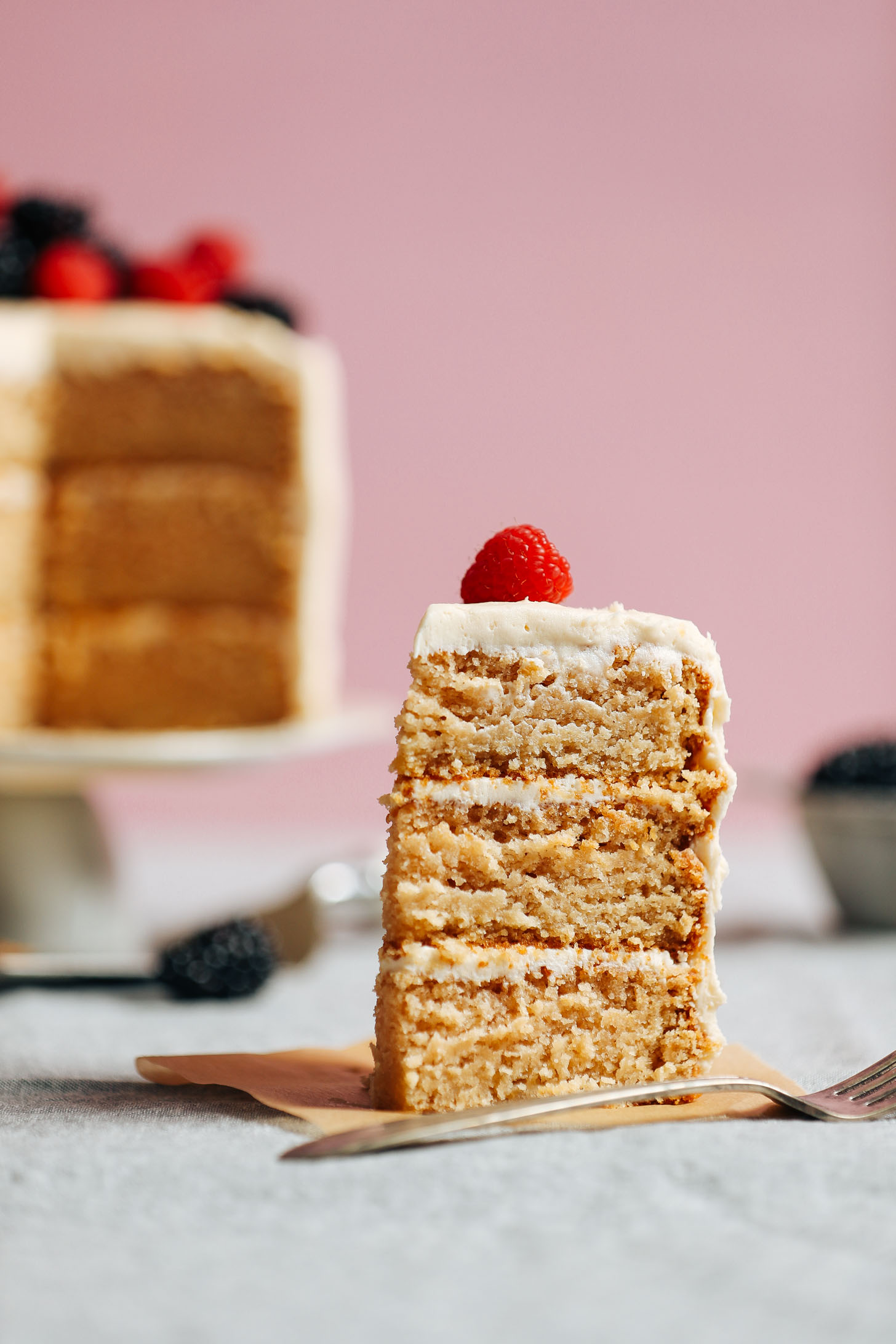 We hope you all LOVE this cake! It’s:

This would make the perfect cake for holiday or special occasion celebrations. It’s delicious on its own but also pairs well with coconut whip, vegan buttercream (recipe below), or even chocolate frosting!

If you try this recipe, let us know! Leave a comment, rate it, and don’t forget to tag a photo #minimalistbaker on Instagram. Cheers and happy baking, friend! 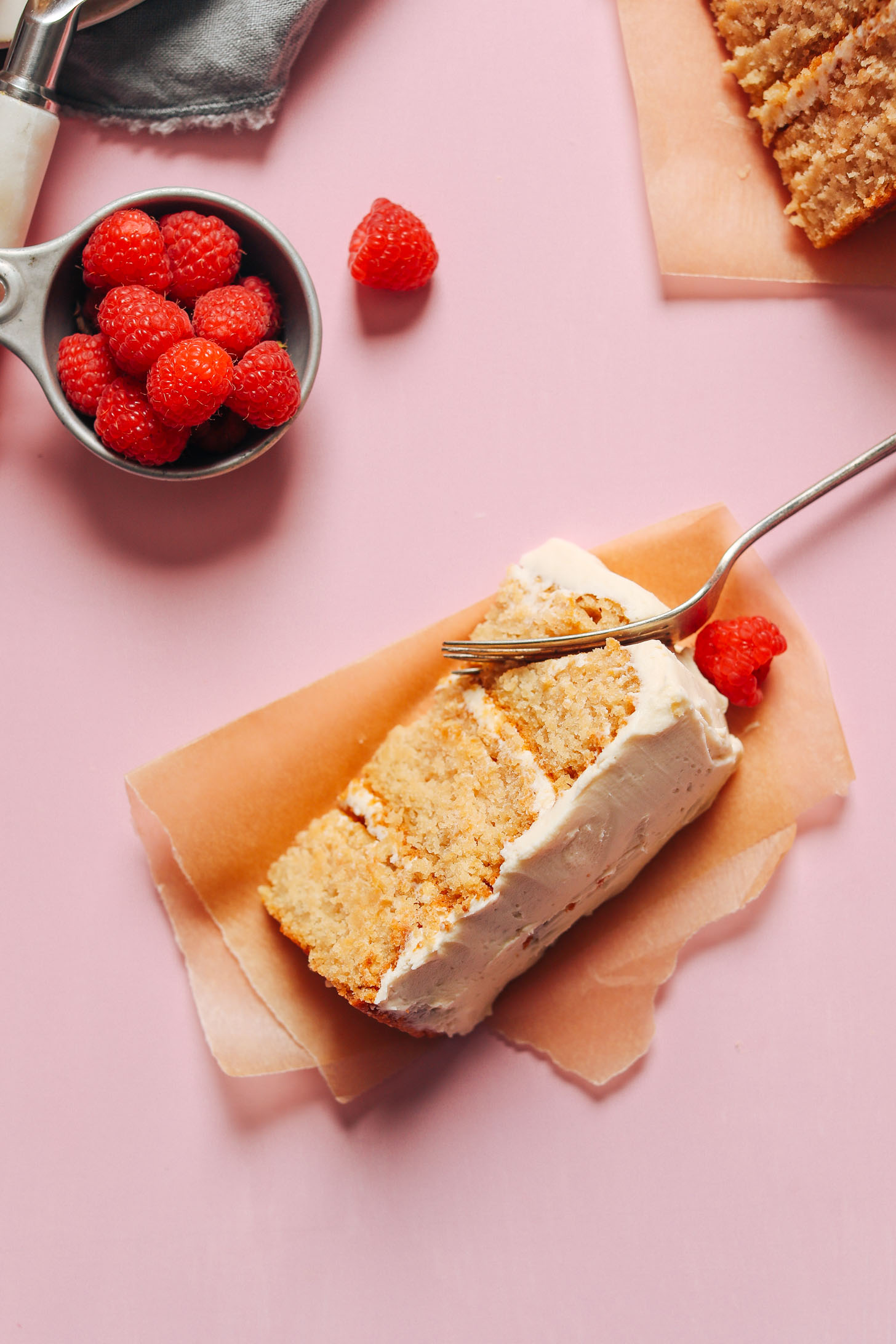 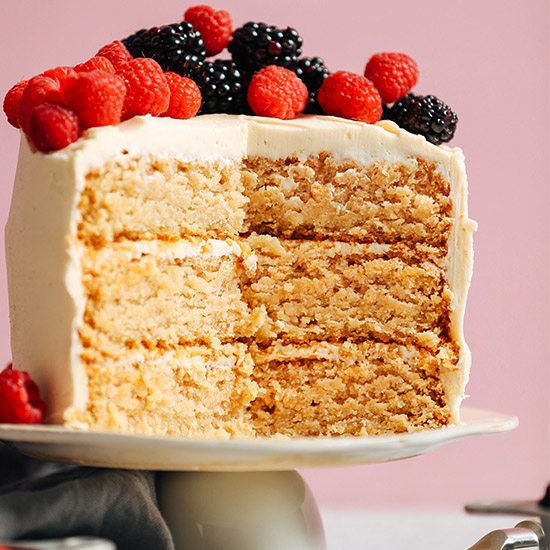 *If altering batch size, please note that the number of pans and frosting instructions are based on how the original recipe is written. Adjust accordingly.
*To reduce sugar, each 1/4 cup of sugar be swapped with 1 packet (1/2 tsp) of powdered stevia. Or you could try subbing a mix of maple syrup and coconut sugar, but I haven’t tested it this way and can’t guarantee results.
*Nutrition information is a rough estimate calculated with the salt and without frosting.
*Prep time does not include cooling the cake.
*Recipe inspiration from The Vegan 8.

Nutrition Per Serving (1 of 10 Slices)