Yep, it’s happening. A rhubarb invasion on the blog. Prepare yourself.

When planning out recipes for the month of June I was plotting many ways to feature rhubarb. It’s such a curious plant and I just had to employ it.

My first memory of having rhubarb was during a road trip I took with my friend Ashley years ago. After touring 7 states we landed at her parents’ house in rural Idaho where their garden was abundant with the stuff.

While Ashley’s mom made us dinner one evening, her dad baked a pie: strawberry rhubarb. It was so delicious I knew I had to get my hands on some and try it for myself.

The funny thing about rhubarb is, it’s elusive. It doesn’t peek its head until late April, early May and only remains seen for a certain stretch of summer. Which is why I was anxious to get my hands on some come spring. Well, after multiple phone calls to area grocery stores and failed attempts at picking some up at markets, I finally spotted some and when I did, I stocked up.

Consider this the first of at least two rhubarb recipes in June if not more.

So these pop tarts.
They’re amazing.
They’re made with whole grain pastry.
They’re flaky and perfectly sweet.
They’re loaded with rhubarb and strawberry compote.
They require 7 ingredients.
They’re vegan.
They’re adapted from my Vegan Berry Pop Tarts (a must try).
They don’t need frosting but, why not? Life is short.

You simply must try these pop tarts. They’re the perfect way to celebrate summer fruit and indulge in a little something sweet.

If you do, snap a picture and tag it #minimalistbaker on Instagram. You guys know I love it when you show me what recipes you’re making from the blog. So get to baking and then get to Instagramming. Cheers! 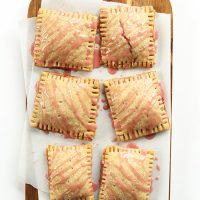 *Adapted from my Vegan Berry Pop Tarts
*Nutrition information is a rough estimate calculated without glaze. 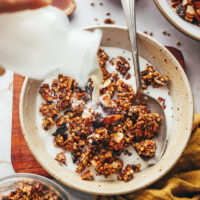 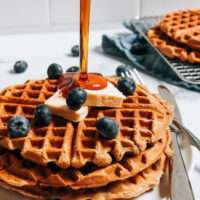 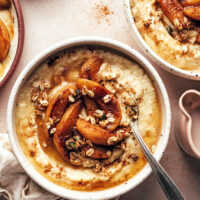 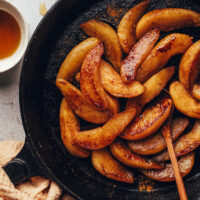