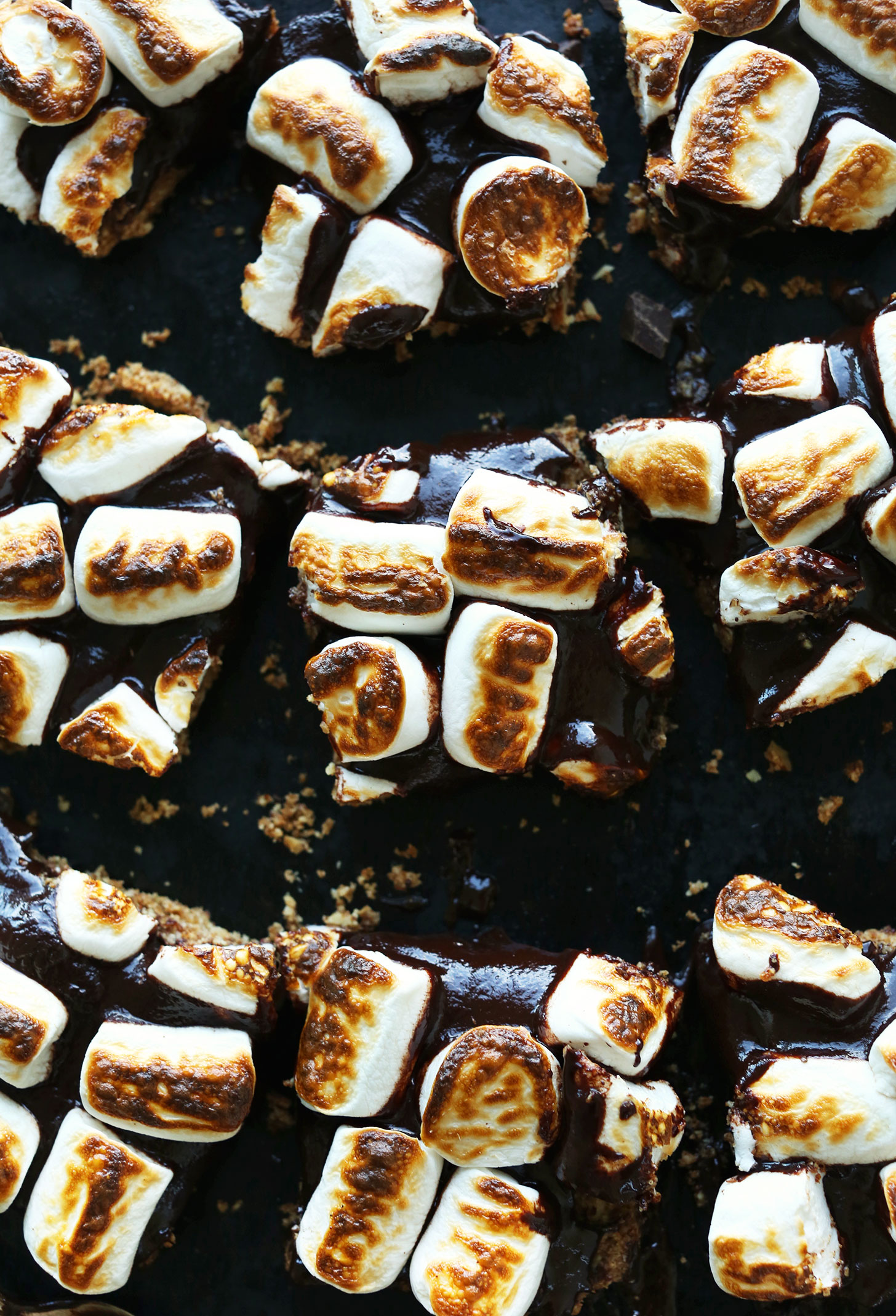 This is real life, people. No more talking – let’s do this. 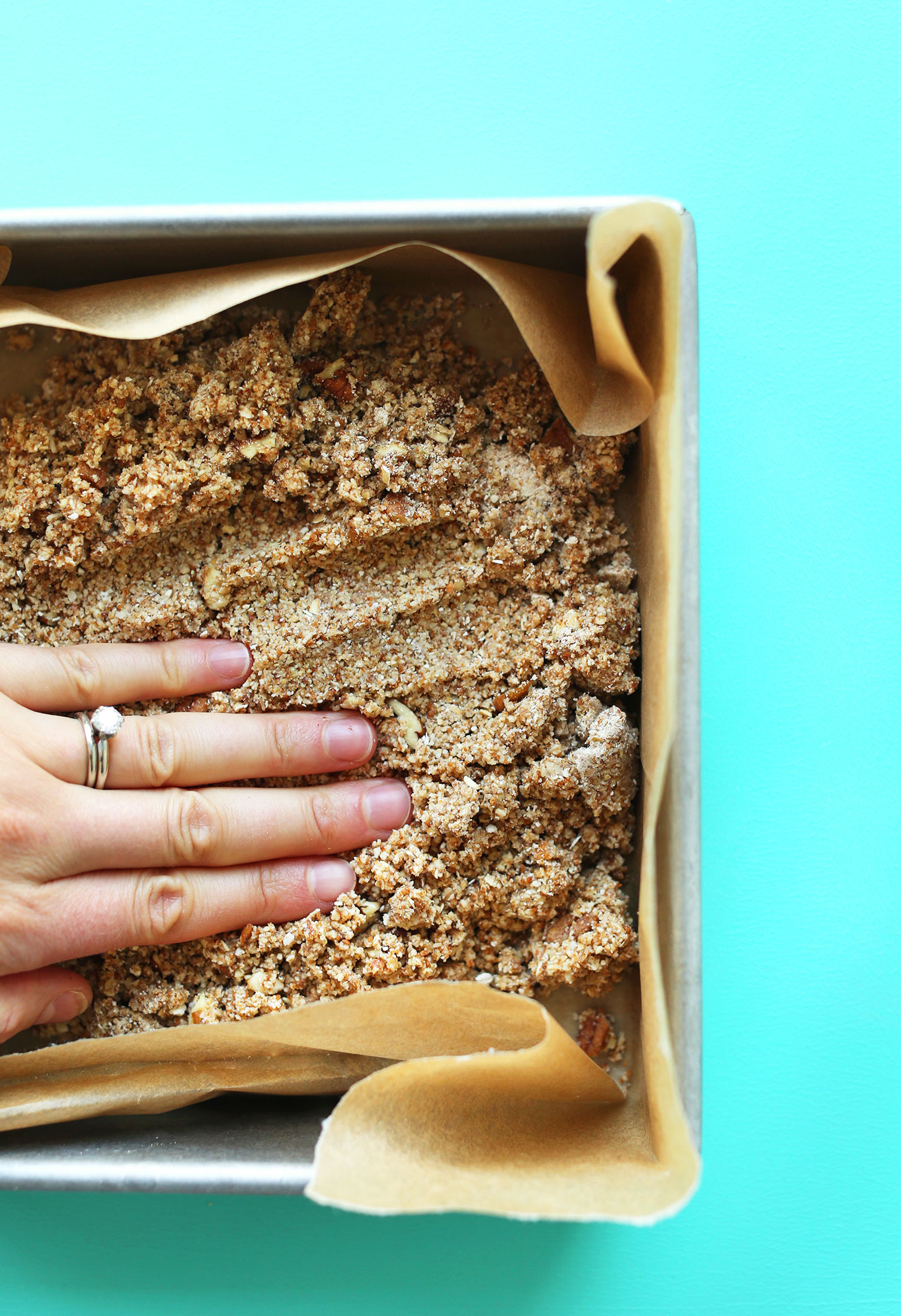 This recipe was conceived after having possibly the best dessert of my life (BIG words) at Solstice in Hood River (which also inspired this lovely Pear Salad!).

Solstice serves up a gluten free s’mores dessert in a skillet and it is absolute perfection. One bite in and I started taking notes.

The crust was homemade and more like a granola mixture than graham cracker. The chocolate layer was a ganache/pudding hybrid. And the marshmallow topping was insanely fluffy, sweet, and definitely homemade. So good I couldn’t quit taking giant spoonfuls.

This is my inspired version that comes together in less than 1 hour with just 10 ingredients! 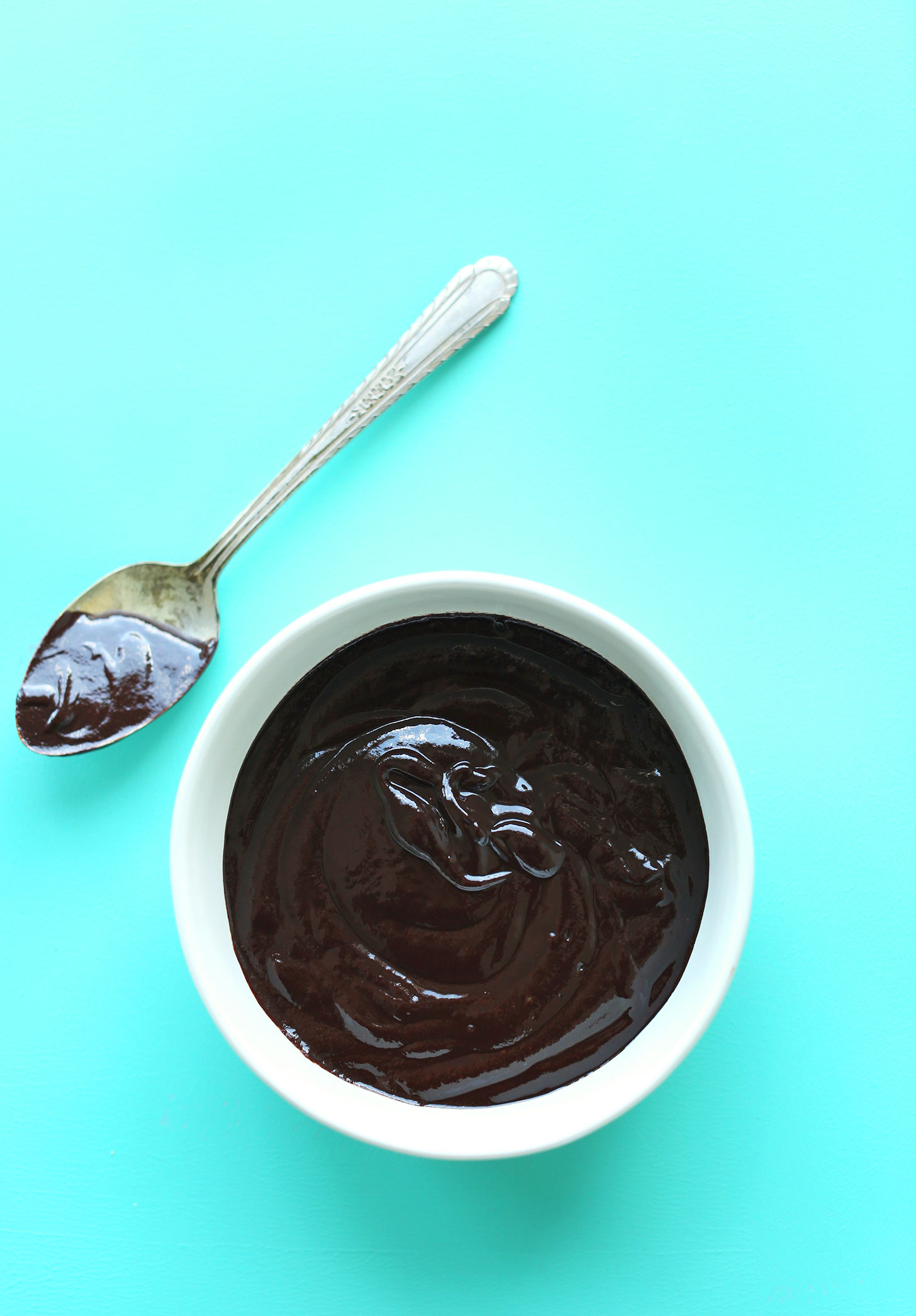 For the crust I went with my go-to almond-oat crust and threw in some pecans for more texture.

The filling is a modification of my favorite chocolate ganache.

And to keep things easy, I went with my new favorite vegan, gluten-free marshmallows: Dandies! So good you can’t tell the difference between them and the ‘real thing.’ 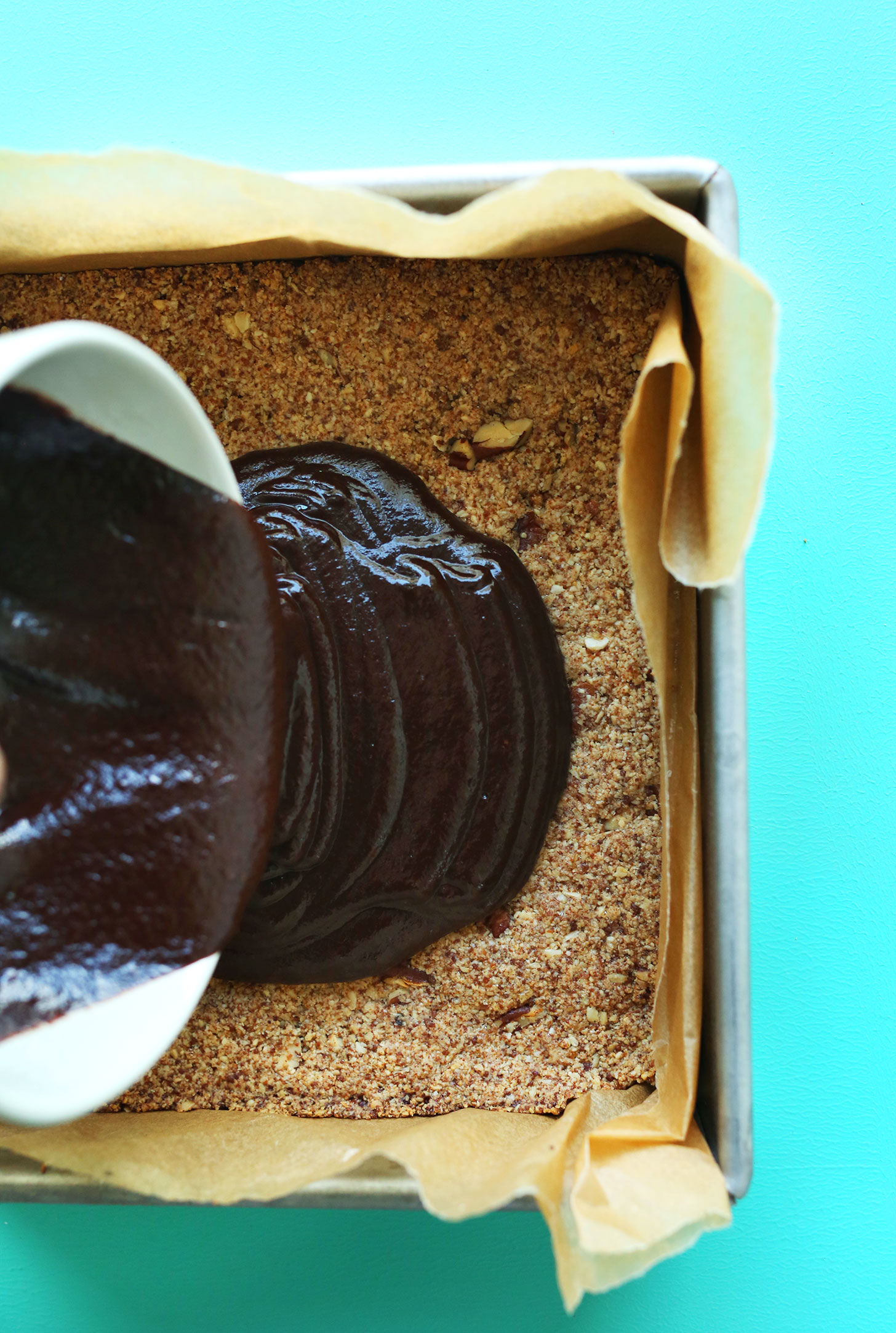 Friends, these bars are magic. They’re:

Think s’mores but on a whole other level. Plus, they’re easy to make and are a great way to keep this summer classic both vegan and gluten free!

If you give this recipe a try, let us know! Leave a comment, rate it, and don’t forget to take a picture and tag it #minimalistbaker on Instagram. We’d love to see your bars in action. Cheers, friends! 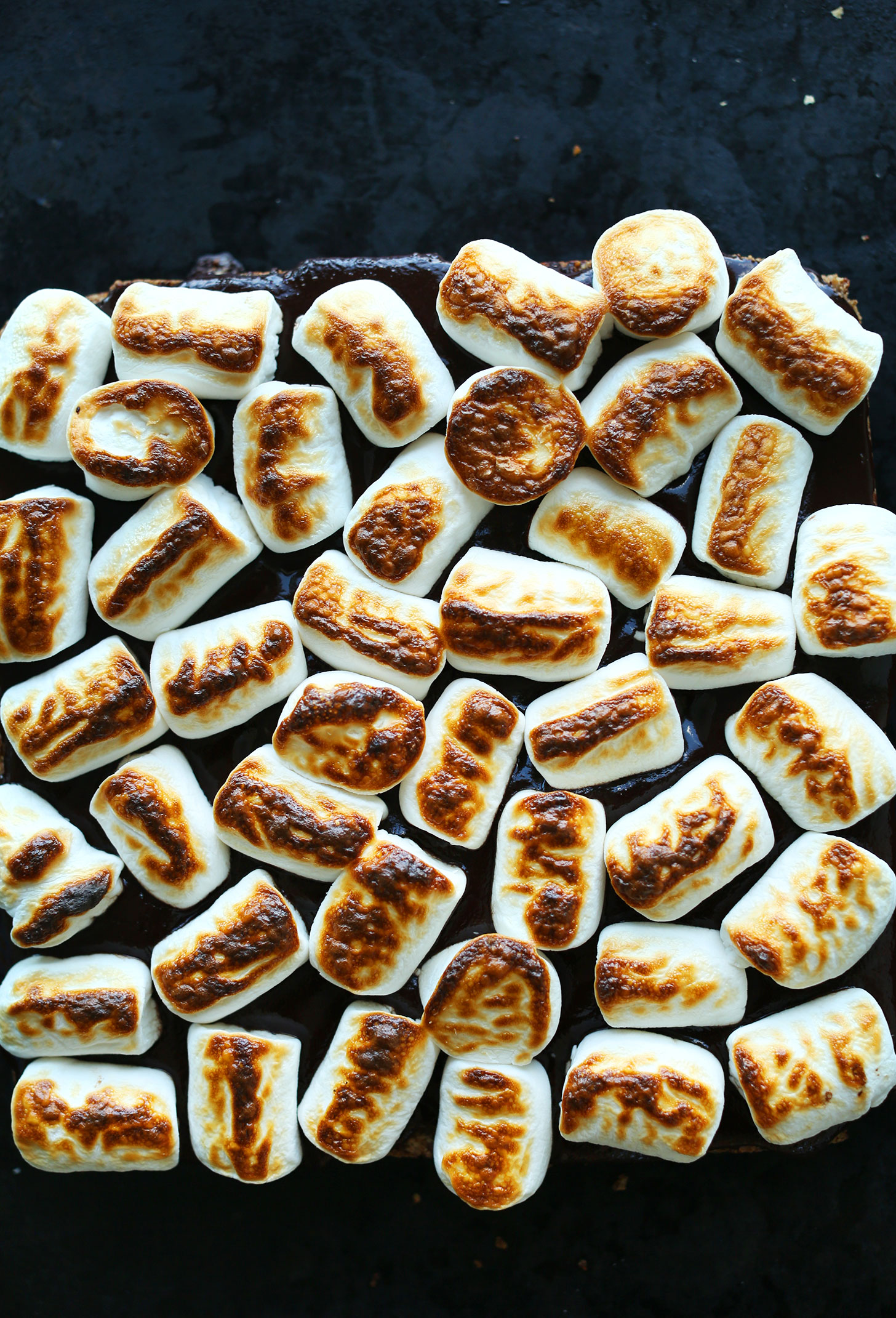 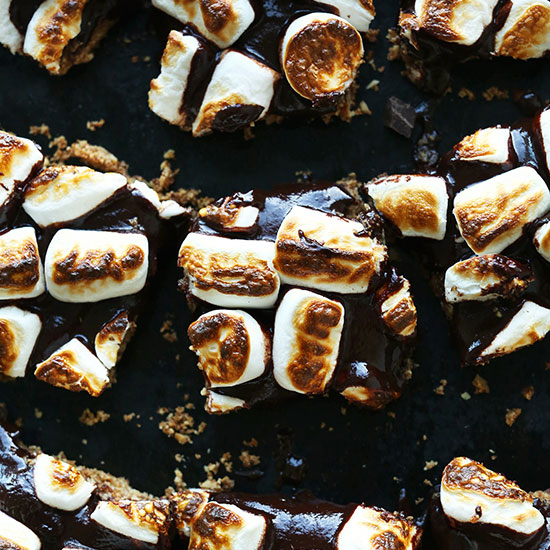 *Almond-oat-pecan crust adapted from my Peanut Butter and Jelly Snack Bars.
*Dandies is an easy-to-find brand of vegan/gf marshmallows! I've found mine at local health food stores and Whole Foods.
*Nutrition information is a rough estimate calculated with the entire bag of marshmallows and no additional powdered sugar.
*Recipe inspired by the S'mores dessert at Solstice Pizza in Hood River, OR.

Nutrition Per Serving (1 of 9 bars)