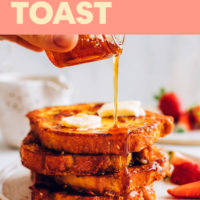 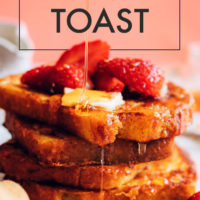 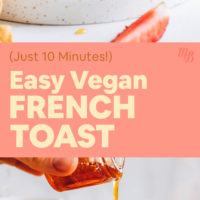 The idea for this recipe floated into my mind after making tofu with a cornstarch coating, which browned perfectly with crispy edges. I wondered if applying a similar method would work for French toast and was thrilled when it did. The batter comes together quickly with 6 pantry staple ingredients. Then simply dip in your bread (our favorite being day-old sourdough), pan fry in a little vegan butter, and dig in! Let us show you how quick and easy it really is!

Even though the name might lead you to believe French toast is…French, our research tells us it’s not that straightforward. Instead, the concept is believed to date as far back as a 1st-century Roman cookbook. And since that time, similar recipes with different names have been found in Germany, England, Italy, France, Canada, and beyond.

While French toast is traditionally made with eggs and milk, our version is plant-based yet equally delicious!

How to Make Vegan French Toast

The batter gets its eggy flavor from the addition of black salt (also called kala namak). Kala namak comes from Northern India and Pakistan and is recognized in Ayurvedic medicine for its health benefits (source). It’s a special seasoning that has a magical eggy flavor. It’s crazy how much it really does taste like eggs! If you don’t have black salt, either order it or just use whatever salt you have on hand. It’s not absolutely essential.

Once the batter is made, it’s time to dip the bread. We’ve found that when making vegan French toast, it’s best to use a sturdy bread such as rustic, day-old sourdough. It holds up better, which prevents the toast from becoming soggy.

Cook in a little vegan butter until golden brown and caramelized. Then add your favorite toppings and dig in!

We hope you LOVE this vegan French toast! It’s: 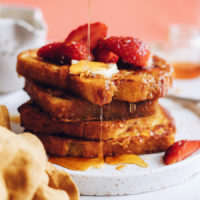 *Nutrition information is a rough estimate calculated with fortified almond milk and without optional ingredients. 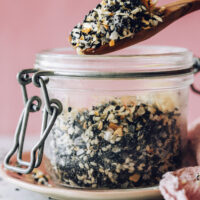 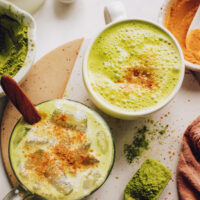 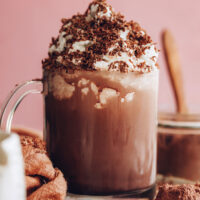 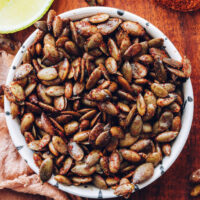