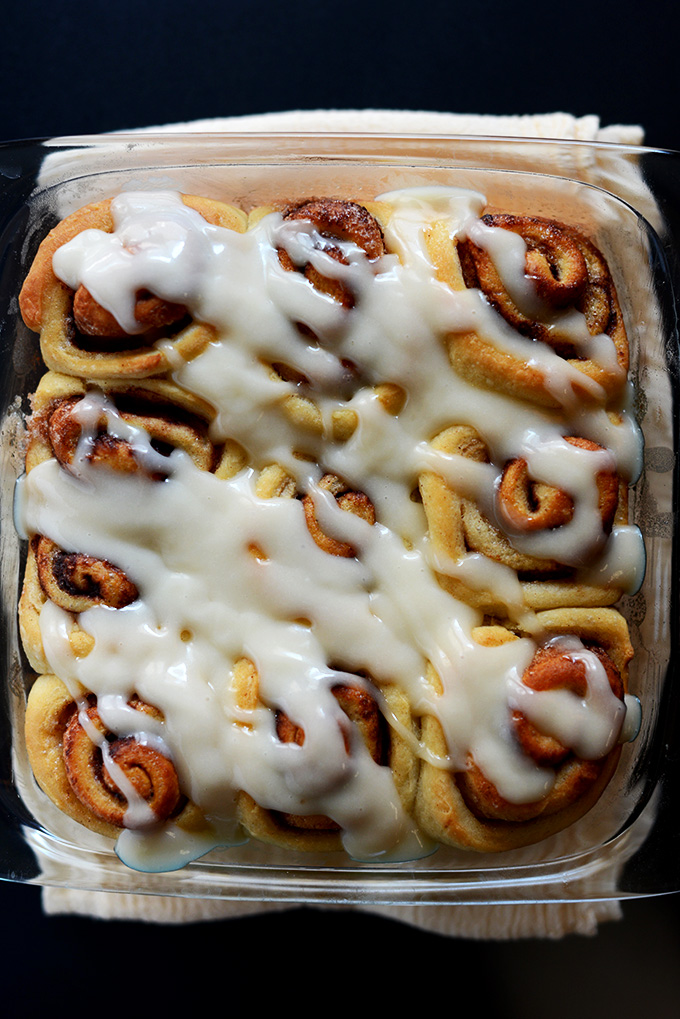 I once drove 2 hours before work at 5:30 in the morning in the pitch black just to get a cinnamon roll at an Amish bakery. That’s how much I love cinnamon rolls, and apparently how unwilling I am to make them myself. Go figure. 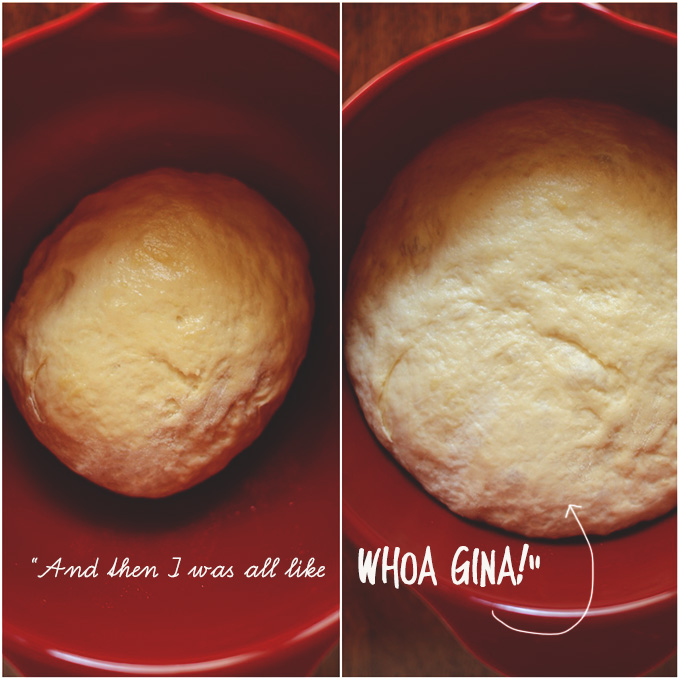 But these cinnamon rolls are different: 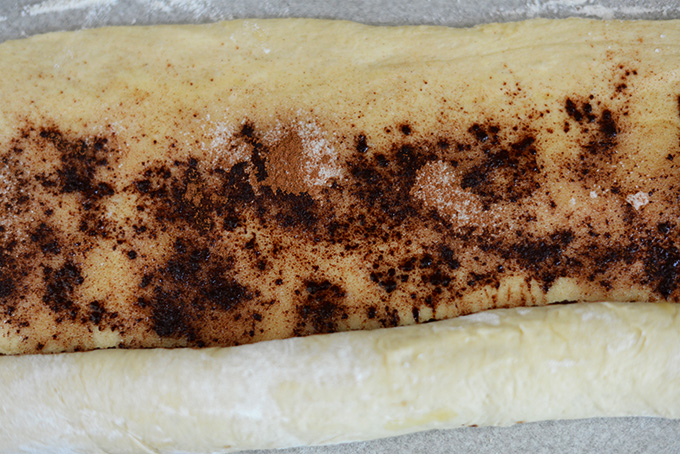 I was able to keep the ingredients to a minimum by narrowing down what you really need in a cinnamon roll and forgetting the rest. And then I went a step further and tested the true need for “scalding the milk” and letting them rise a second (sometimes third) time.

Turns out? Not necessary. And they turned out JUST AS DELICIOUS as bakery fresh cinnamon rolls. This, my friends, is my new go-to cinnamon roll recipe and it just so happens to require 7 ingredients and one lazy morning’s preparation. Behold, the World’s Easiest Cinnamon Rolls. 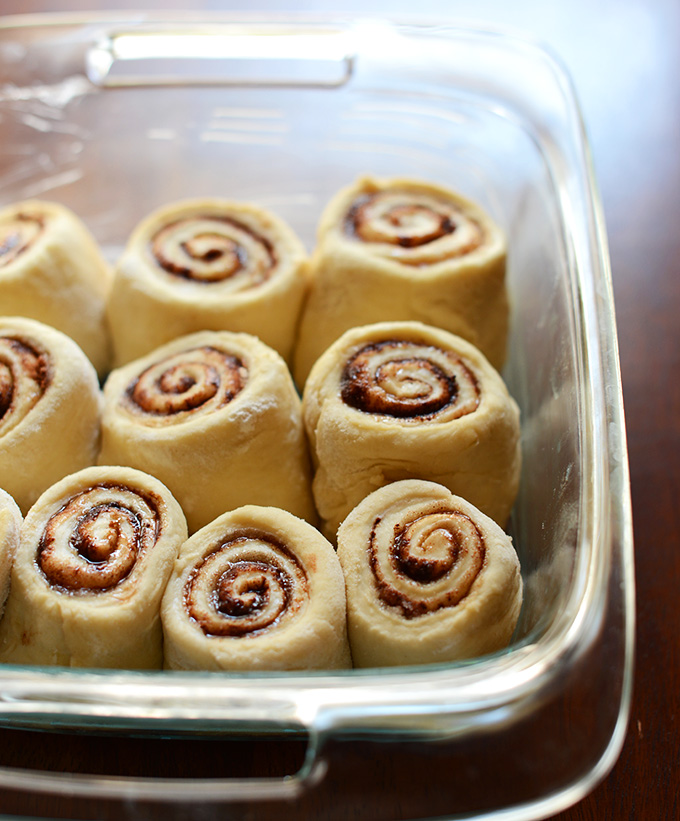 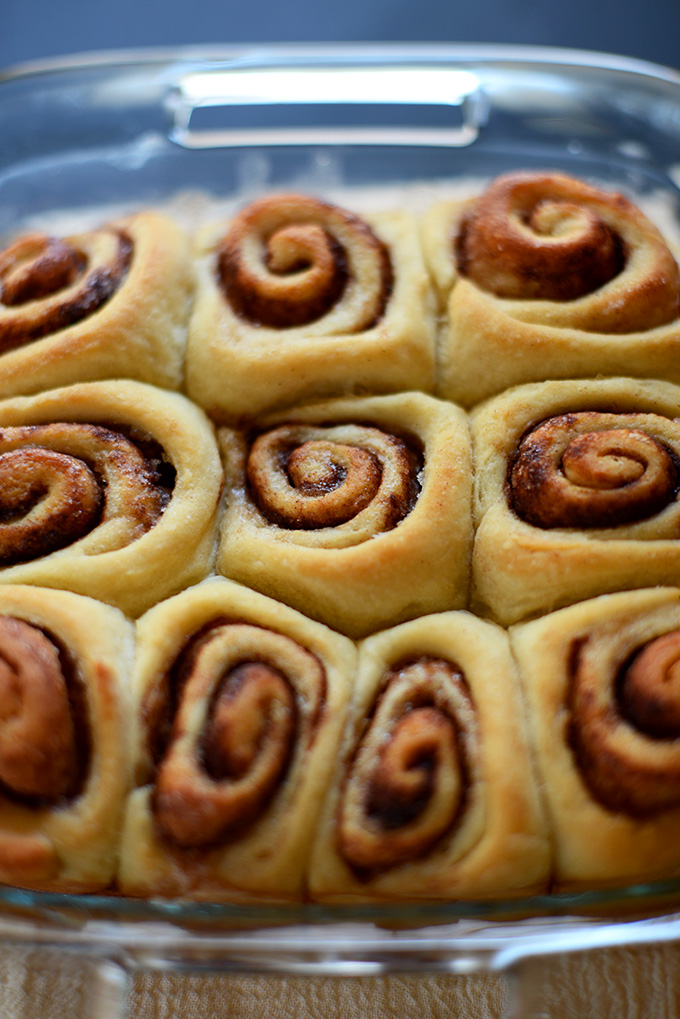 When I pulled these beauties out of the oven I was mesmerized. I couldn’t believe how fluffy and perfect they looked despite minimal ingredients and time.

Although a glaze isn’t really necessary or within the  7-ingredient limit, it’s an easy last-minute addition that will send them over the top. In other words, highly recommended for pure cinnamon roll bliss. 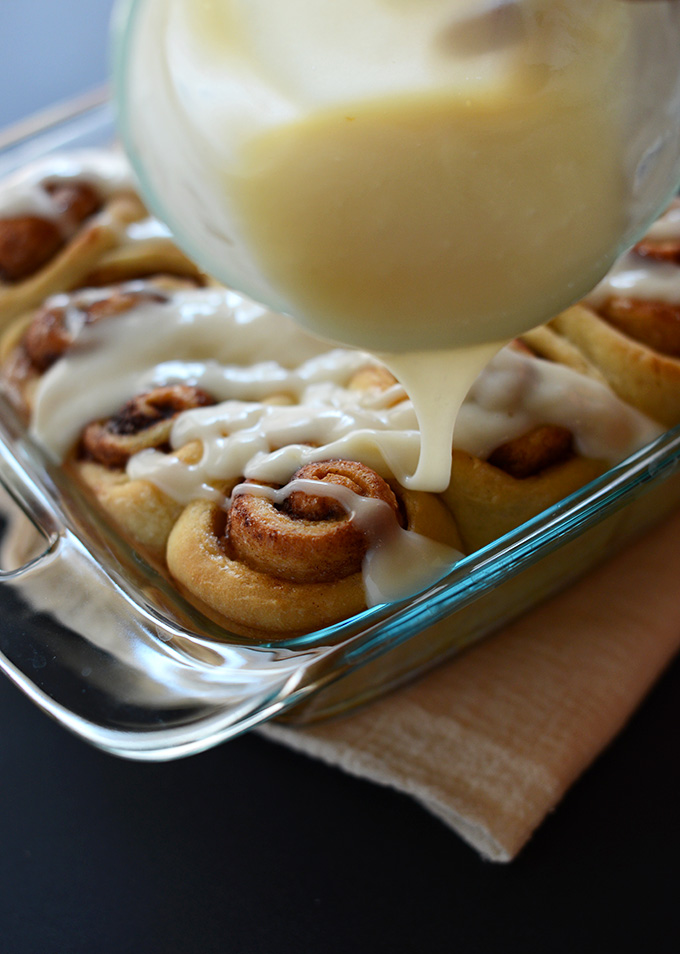 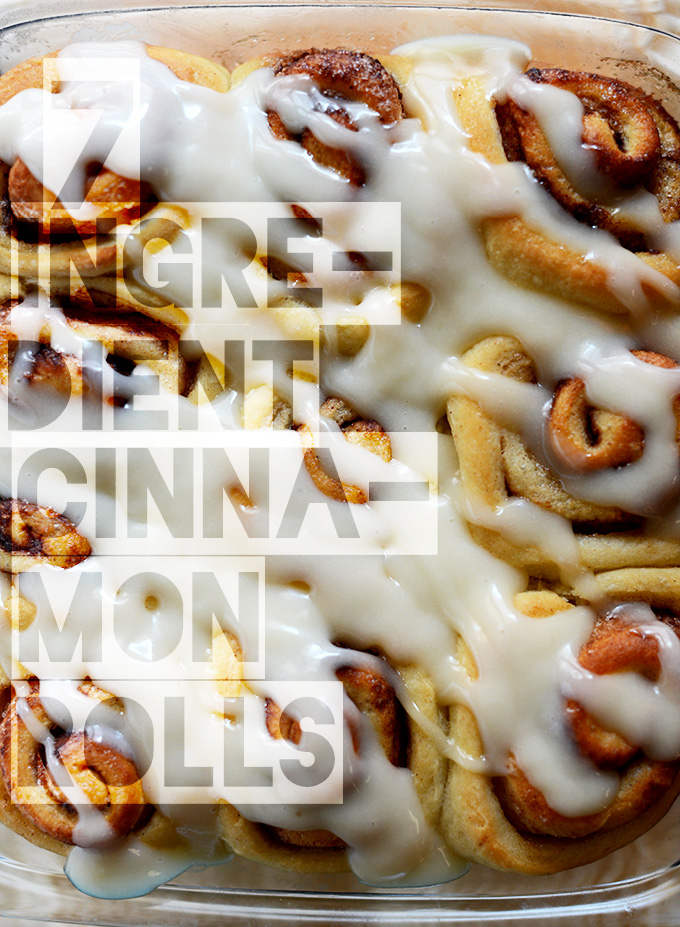 In other words, perfection. Hooray for easy cinnamon rolls, finally! 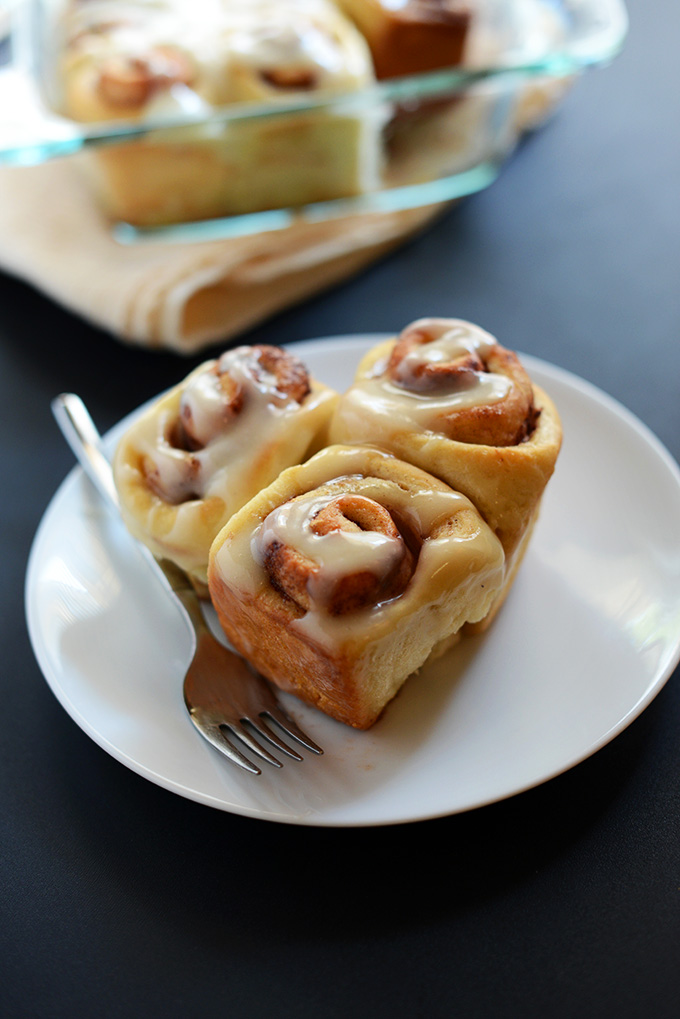 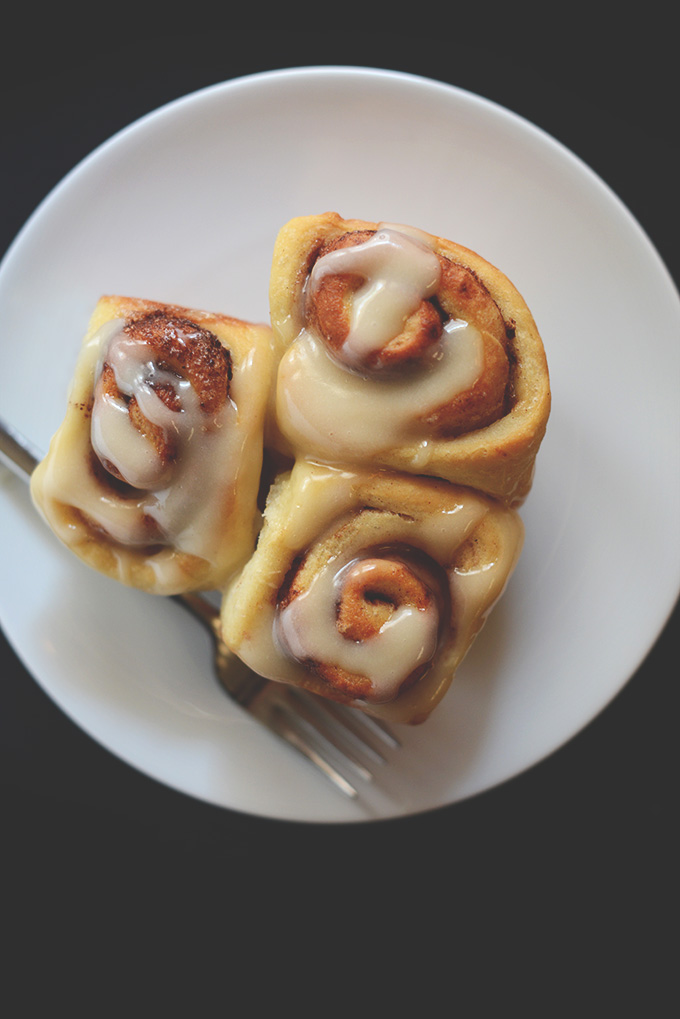 Easy cinnamon rolls with just 7 ingredients and no complicated steps. Just proof, roll out, and bake! Plus, they're vegan and SO delicious, fluffy, and gooey!
Author Minimalist Baker
Print 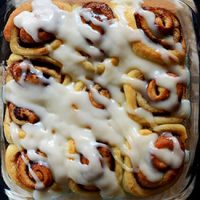 *You can use regular yeast, but it will require more time to let them rise properly.
*I have not tried making this recipe gluten-free. However, some of you have tried using gluten-free blends with some success (scan the comments for tips). At this time I haven't tested this recipe gluten-free and can't guarantee the results if substitutions are made.
*I have not tested this recipe with other sweeteners, but it may work! Let me know in the comments if you have success.
*Nutrition information is a rough estimate calculated without frosting. 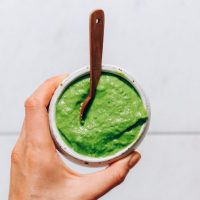 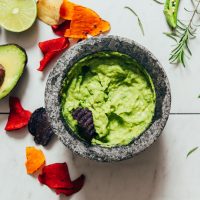 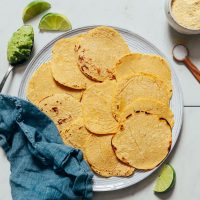 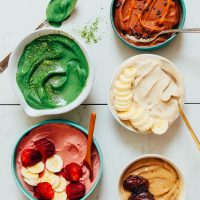