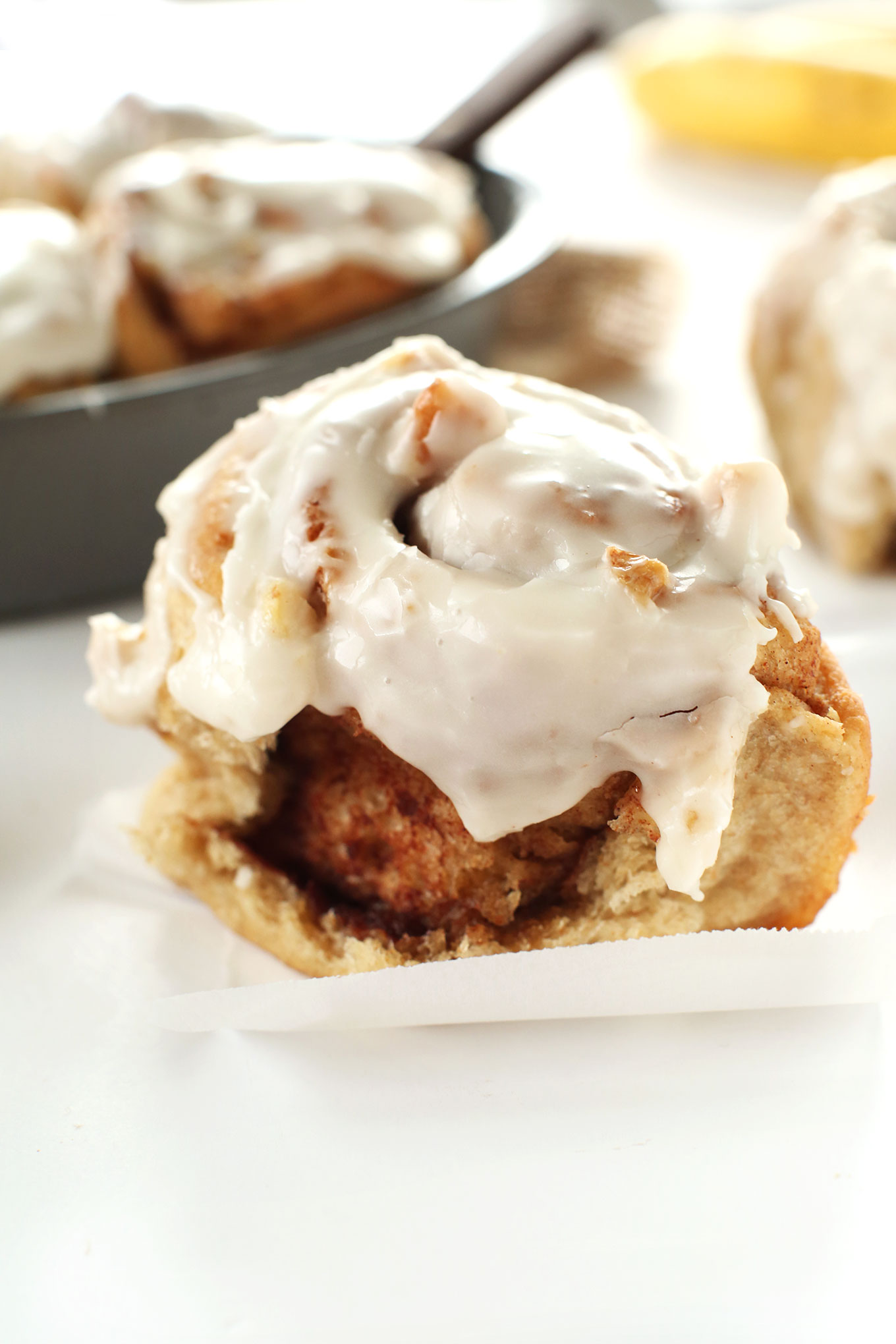 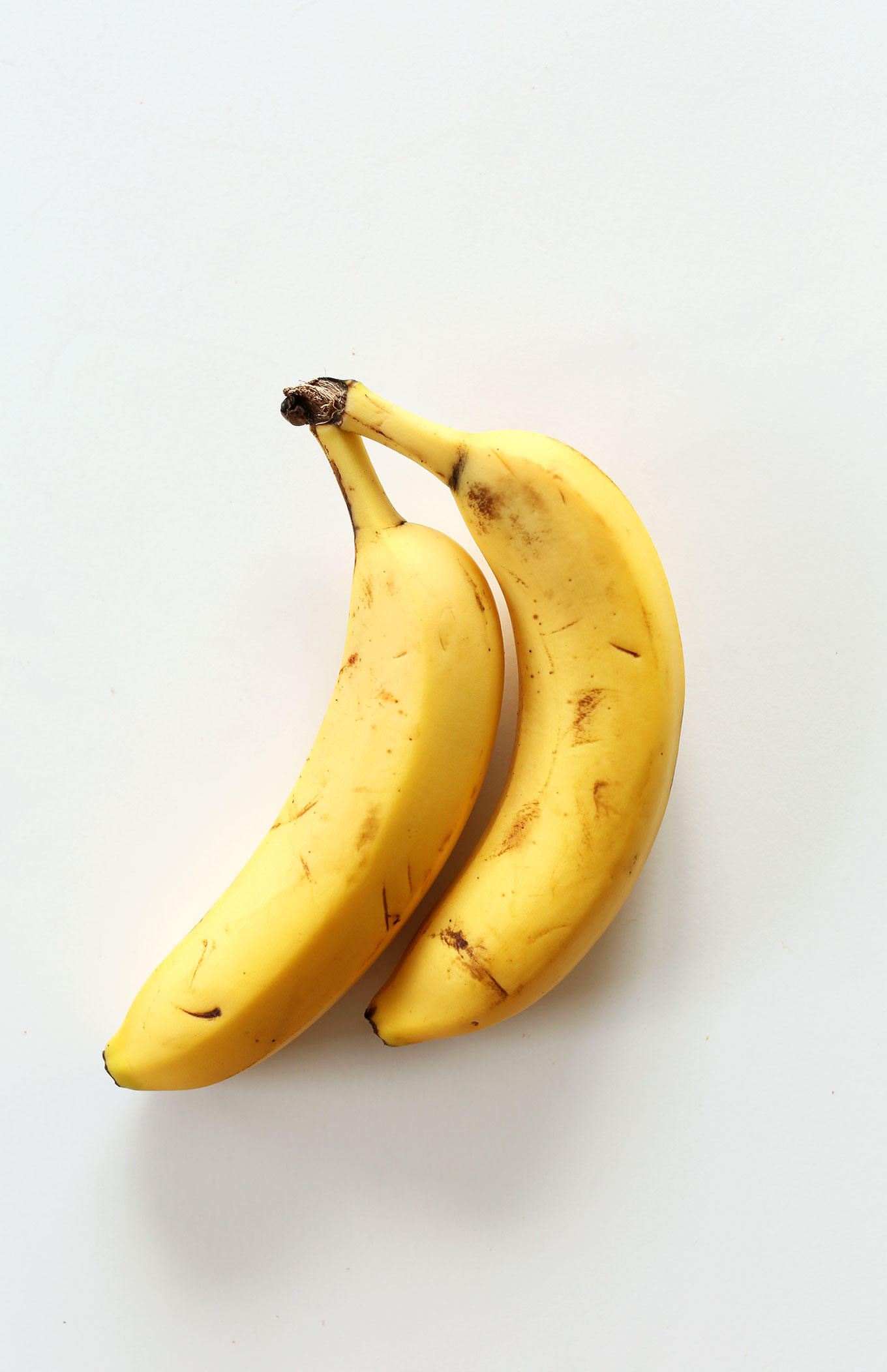 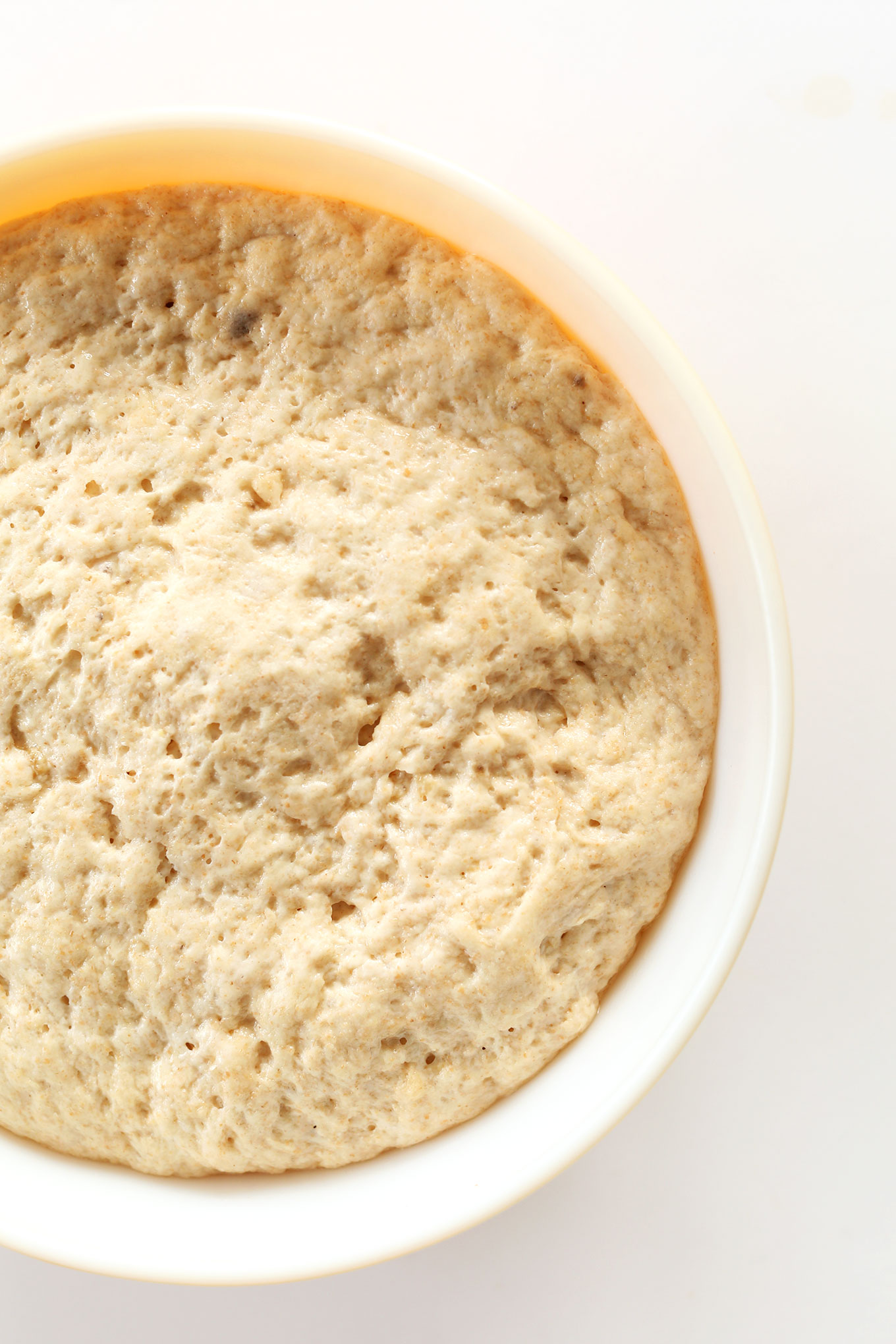 After having such success with my 7 Ingredient World’s Easiest Vegan Cinnamon Rolls, I knew more experimenting was to be done. 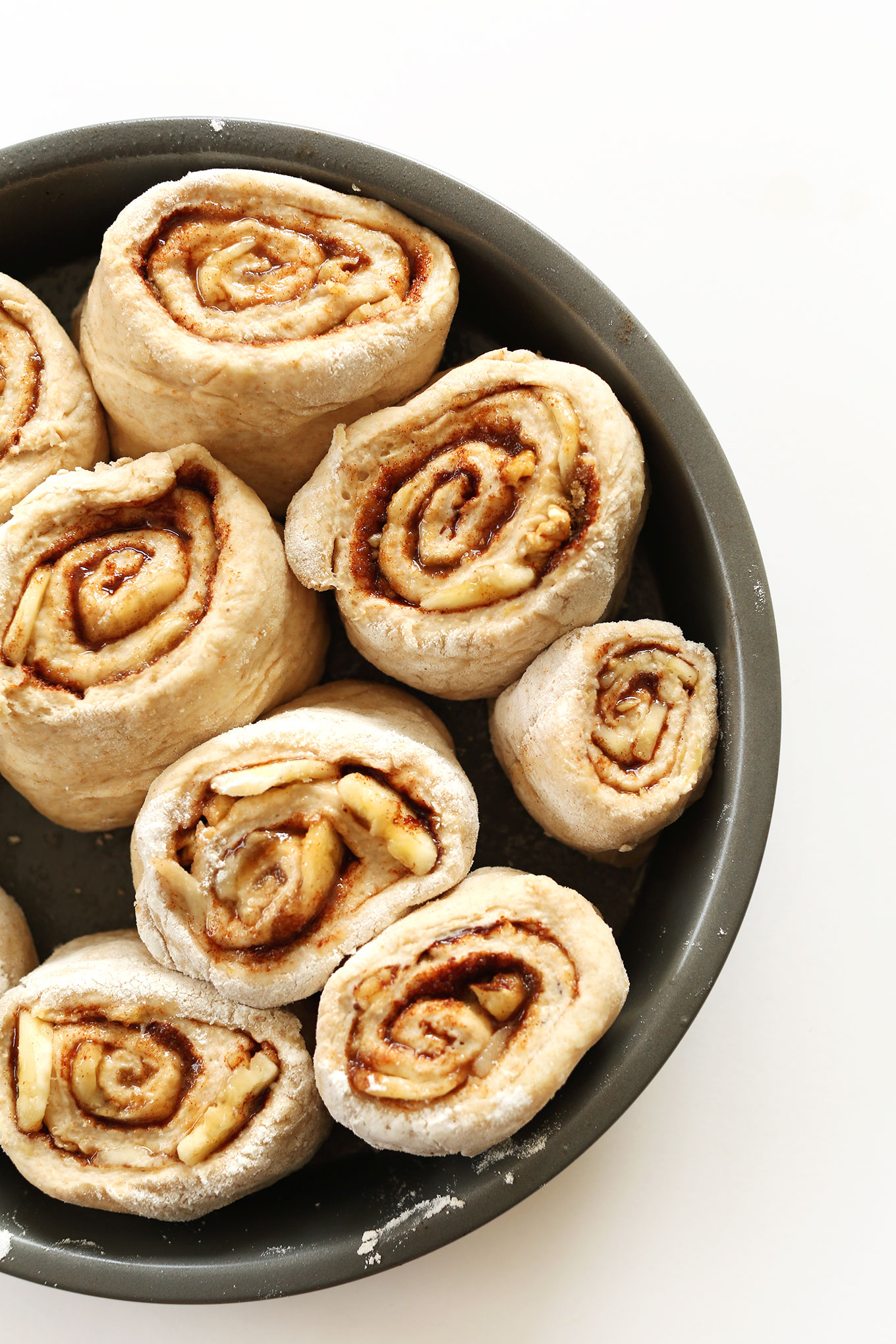 The banana bread infusion happens in two ways: 1) banana puree in the dough, and 2) banana slices and walnuts in the centers. The result is an amazingly moist, banana-bread like cinnamon roll just begging to be frosted (and that, we must do). 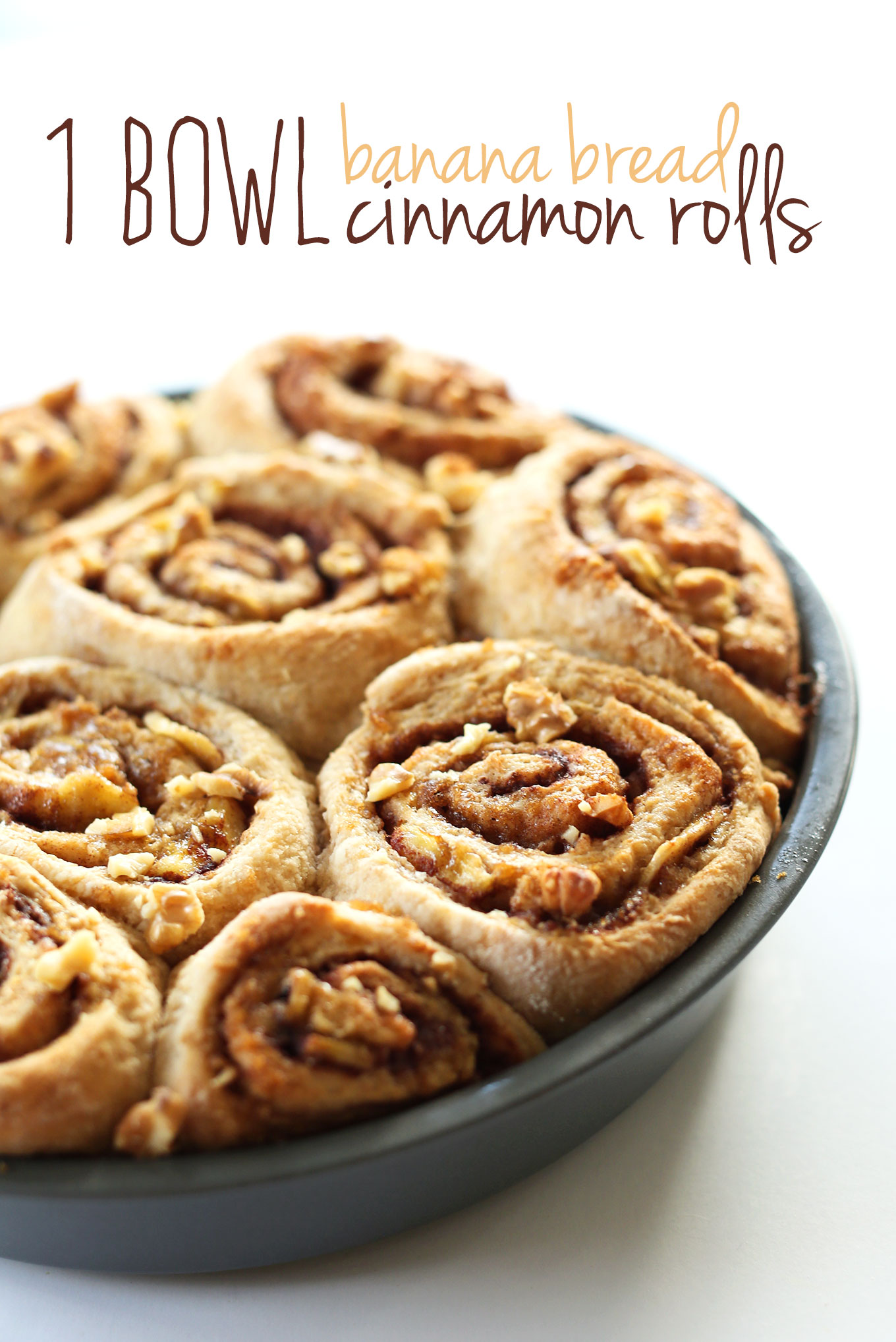 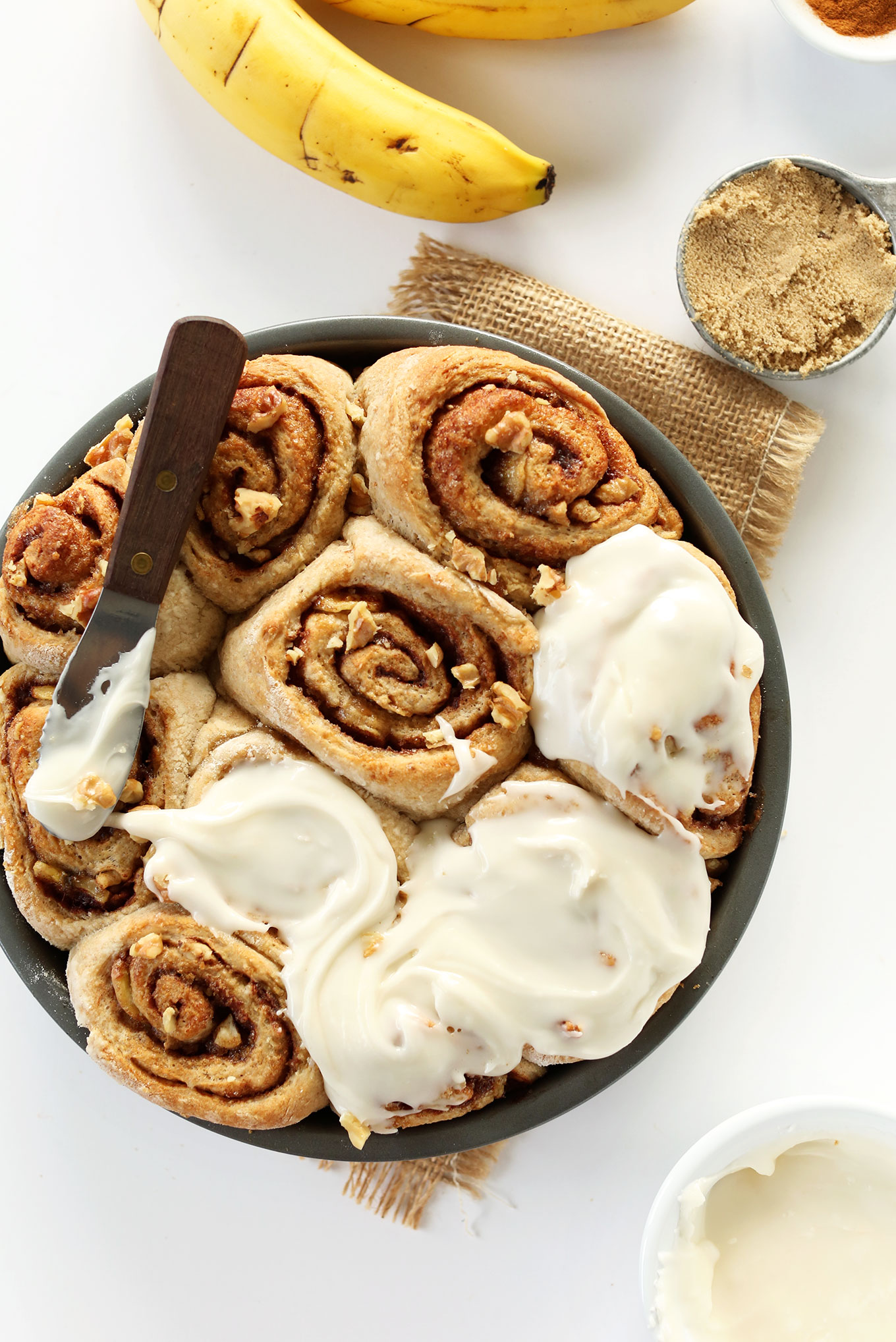 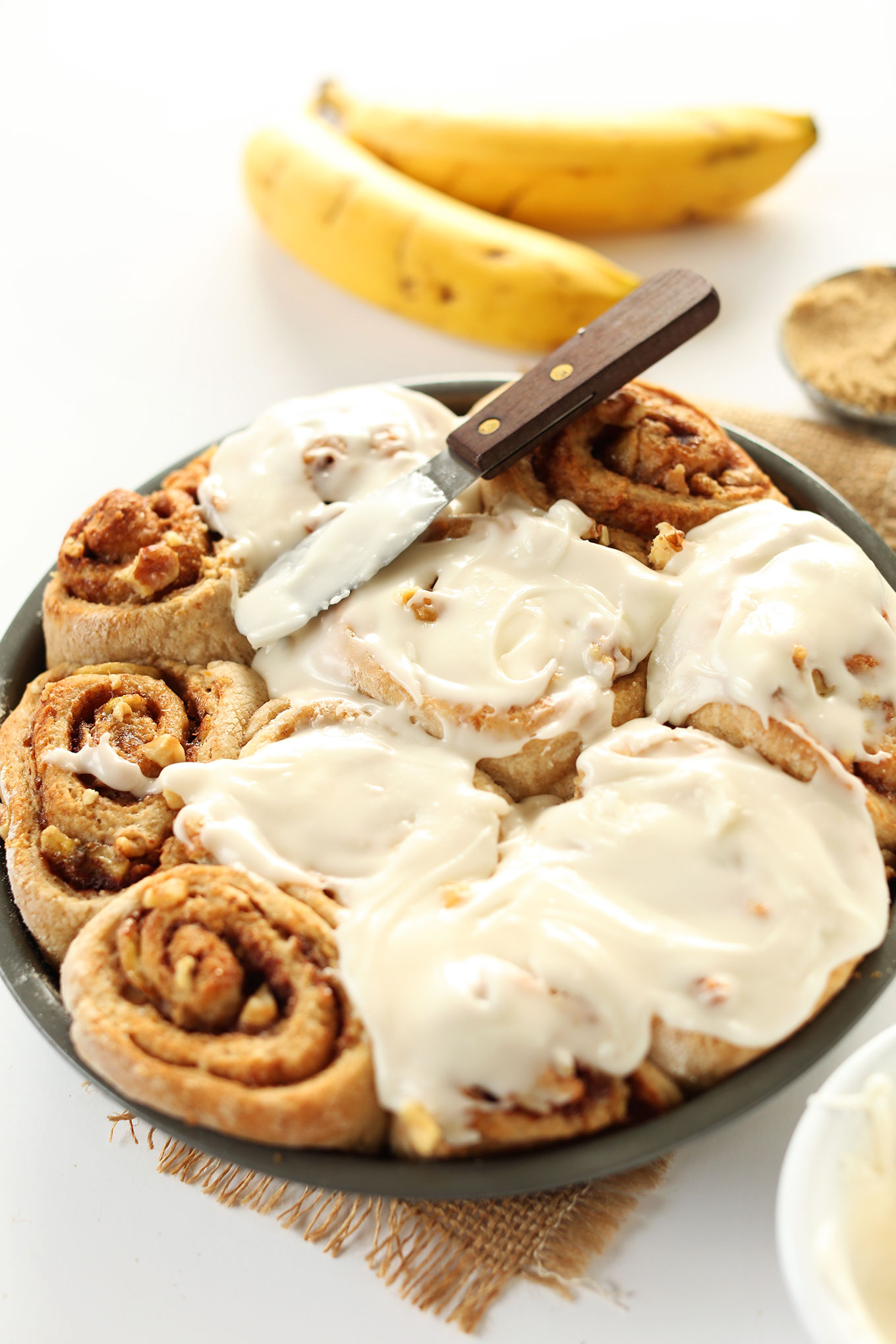 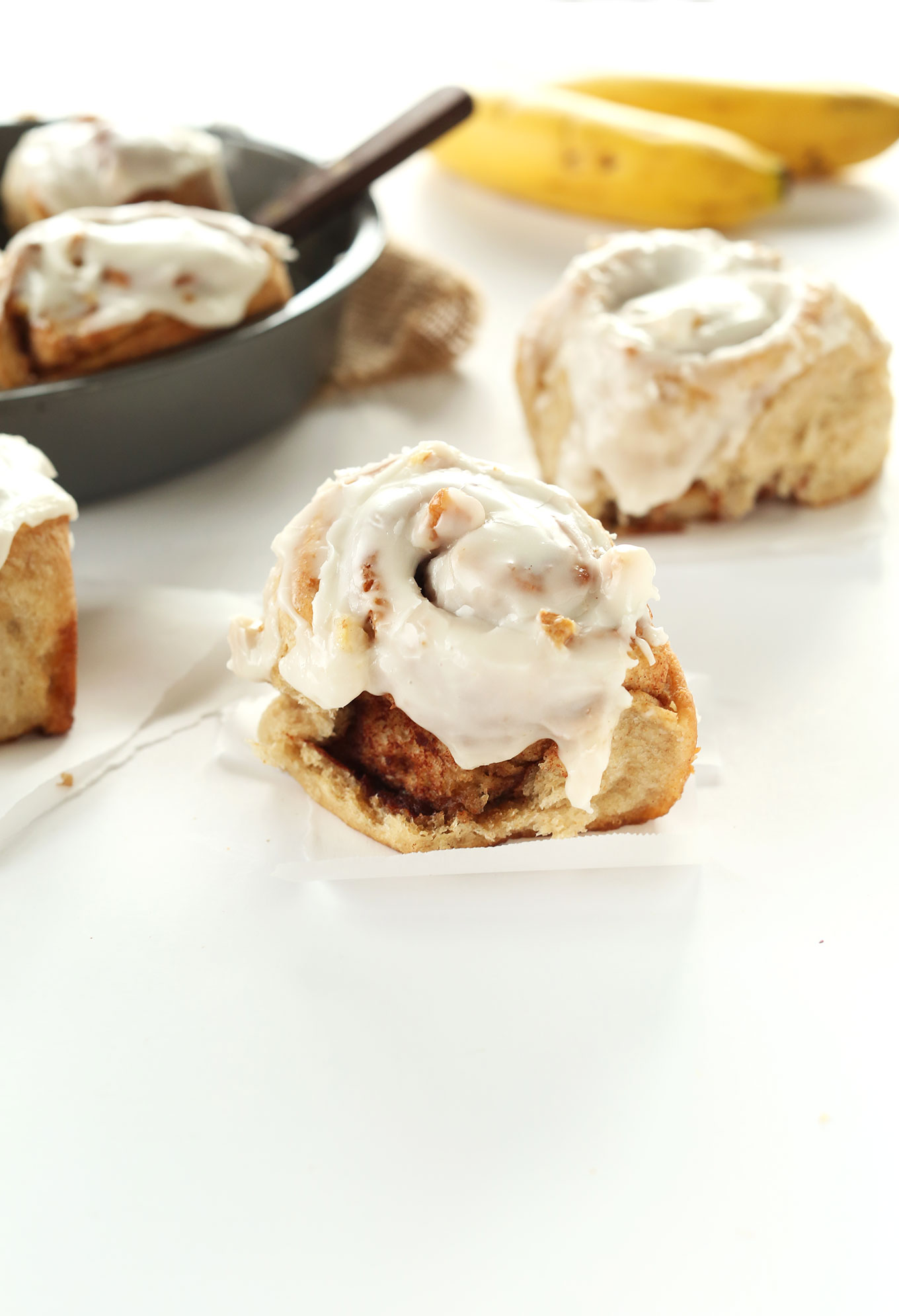 If you do try this recipe, let us know! Leave a comment or take a picture and tag it #minimalistbaker on Instagram! We absolutely love seeing what you guys cook up. Cheers and happy baking! 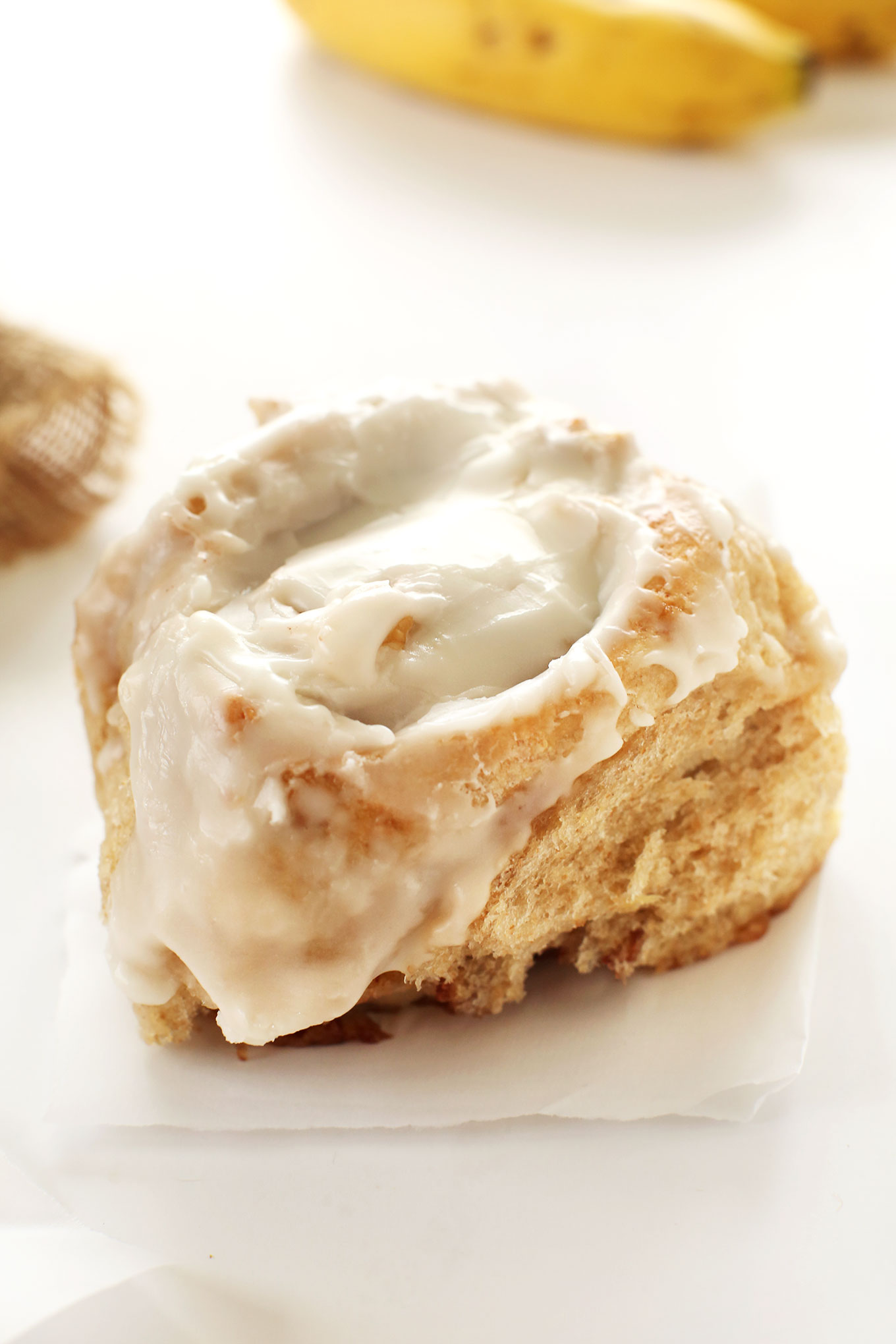 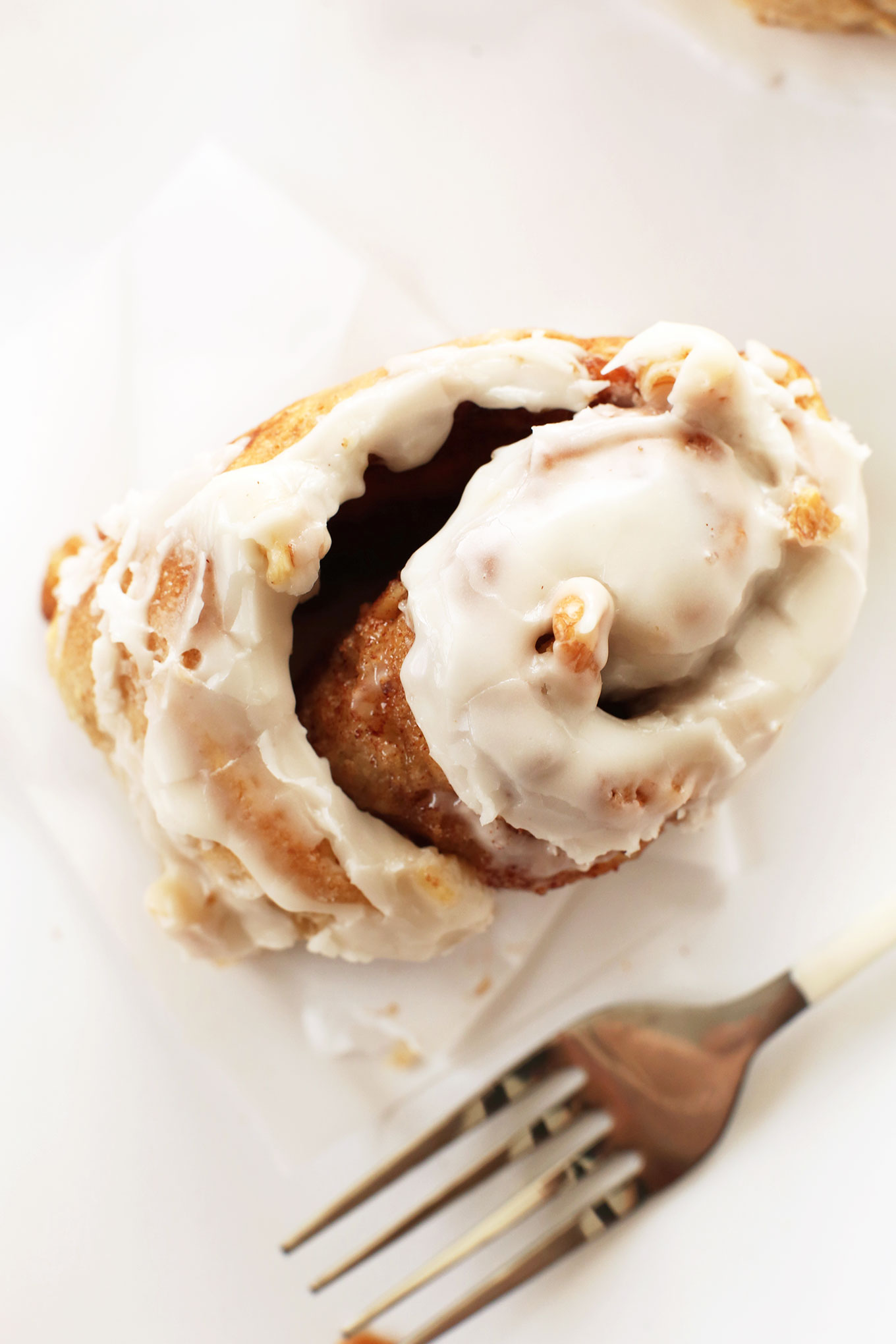 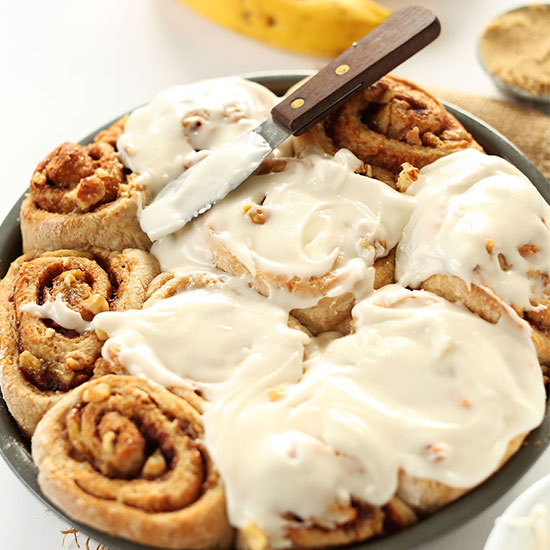 *For a simple dairy-free glaze, melt (as recipe is written // adjust if altering batch size) 1 Tbsp vegan butter and add to ~2 - 2 1/2 cups powdered sugar. Mix and gradually thin with dairy-free milk 1 tsp at a time until pourable but still thick.
*Nutrition information is a rough estimate calculated without glaze.
*Adapted from my World's Easiest Cinnamon Rolls.

Nutrition Per Serving (1 of 10 rolls)